It's a no-brainer.  It's an element of Canon Law.  It's an element of infallible
and changeless Catholic Church doctrine.  If Wuerl doesn't like it, then he
can surrender all Church property that he inhabits, and forego all ongoing
church-related income, drift off and start his own religion.  Of course, he
will not have much of a following, and not very much income, and he will
no longer be able to live the Marie Antoinette Lifestyle at the Catholic
Church's expense.

The truth is that the Church only has two infallible PAPAL statements, namely
the doctrine of The Virgin Mary's sinlessness (1854) and the doctrine which
claims that Christ assumed her into Heaven body & soul (1950)
.
Dozens of infallible statements came out of some of the Church's ecumenical
councils, where the many bishops at those councils declared such doctrines
infallible, followed by the presiding pope at each pertinent council confirm-
ing the formally announced statements.

This includes the FIRST Vatican Council of 1870, Trent, Florence, Ephesus,
the Fourth Lateran Council, Nicaea, etc.  But, it does NOT include the Second
Vatican Council.  No infallible statements come from that one.

Concerning the recent clash of doctrine transpiring at the highest ranks of the
Catholic Church, Burke is not the dissident.  Wuerl is.  If Wuerl doesn't like
the 2,000 year long doctrine of the unchangeable God, then he can take his
money and leave the Catholic Church.  Only money grabbers and those who
are unknowing of what it's like to have basic natural inclinations wave his
banner and wear his proverbial campaign button.  Men of natural instinct
do not, and men of valor definitely do not do so. 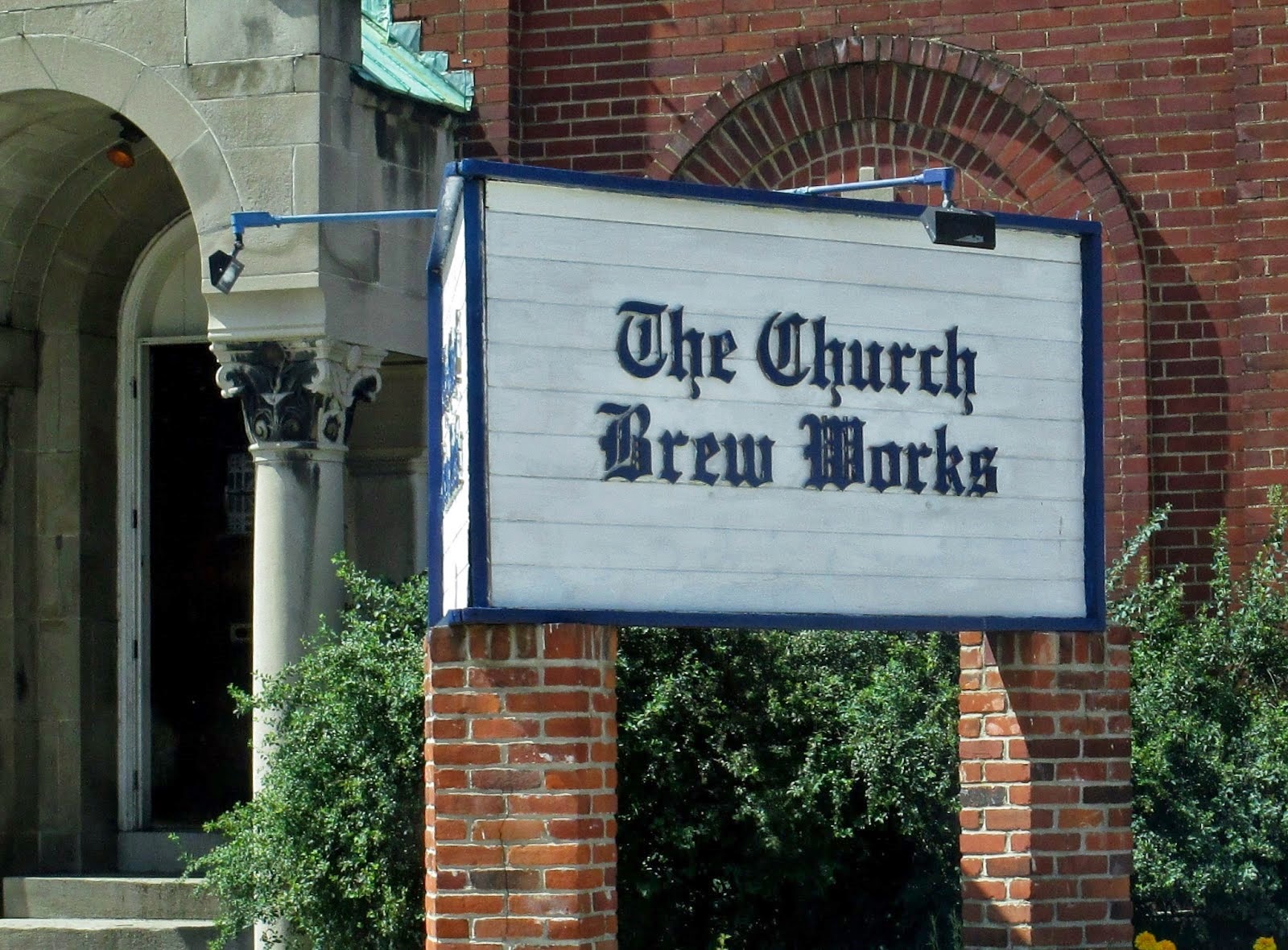 
The evidence, news archive entries, and even witness accounts has established
that Donald Wuerl is a proven cover-up artist, with the cover-up names includ-
ing those of Frs. Hoehl, Wolk, Zula, Pucci, Huff, and Torquato.  Four of those
priests were criminally indicted.  Torquato resulted in legal filings even at the
US Supreme Court level.  In as much ...

Donald Wuerl is a liar who was assumed to have a clear sex abuse track record
until his cover-ups were uncovered ... uncovered even by coast to coast news-
paper articles.  He is a part of the present corruption which seems to afflict the
Catholic Church every 500 years, give or take a decade or two.

Donald Wuerl is also a retaliator, even against the school children of the now-
defunct Risen Lord Parish School, because their parents protested against Wuerl
on local TV.  Such retaliation is the act of a brat who should never have been in
any type of power.

Donald Wuerl is also an abuser of power to the point of bullying the family of a
shooting victim in a deposition room, through the surrogate services of his law-
less attorney.  The family members were terrorized by that attorney.

Donald Wuerl:  Orchestrated a fraud, through a liar and dropout named Tim
Bendig.   Wuerl was lauded as the one bishop who would never reassign a
molester priest.   It had gotten to the point where news articles were claim-
ing that Wuerl was fighting the Vatican to remove a molester.  That priest
was no molester.  Fact-checking proved it so.  Plus, Tim Bendig was caught
lying in four successive sentences, where he kept changing his story.  Bendig
lied to me, personally.  I'm the witness.  After  Bendig lied to me four times
in succession, it was a matter of case closed.  Cipolla was innocent, after all.

Plus, Bendig severely threatened me once, trying to intimidate me into taking
off the internet the findings on an investigation which took a lot of toil to con-
firm and present to the electronic public.  Only an idiot would threaten a con-
struction worker and weight lifter attached to the Italian culture.  You might
as well leap into the lion's exhibit at the local zoo.

During the time span when Wuerl was being hailed as a great saint fighting
the Vatican to remove a molester priest (who never molested anyone,) Wuerl
was covering-up a true molester who was reported to Wuerl three different
times.  Wuerl was covering up the molester Edward Huff while letting the
newspapers laud Wuerl as the one bishop who would never let a molester
be in any ministry.  Wuerl reinstated Huff, himself.  Wuerl also reassigned
the notorious John Hoehl.

Wuerl was the Dissenter, Rolling out the Red Carpet to the Sin of Sodom

Wuerl is vicious.  Period.  He is now making Cardinal Burke look like a brood-
ing malcontent.  The canonized saint and doctor of the church, John Chrysostom
wrote, "The road to Hell is paved with the skulls (intentions) of bishops."  Well,
Donald Wuerl has brought Hell to us.  If you lived in Pittsburgh in the 1990s, you
would have been scorched, if you tried to do right, in any category of doing right.
None the less, there are people in the Catholic Church who still need to understand
that individual bishops are capable of falling into disgrace and such bishops have
been condemned as false teachers.  Wuerl is as false as they come.

Burke was in accordance with Canon Law.  Wuerl's the Dissenter, period.

Cardinal Burke was defending the Catholic Code of Canon Law.  A person who
does so is never a dissenter.  The law of Holy Communion is clear.  A priest is
NOT to give communion to a person obstinate in mortal sin.  This includes all
apostate lesbians who look grotesquely androgynous.  This includes people who
are living outside of the laws of marriage in an adulterous relationship.  Plus, you
do NOT give communion to politicians who help procure elective abortions, aka
"abortion of demand."

Wuerl is trying change this rule, despite the fact that it's mentioned in an Epistle
of Paul.  Going to communion in the state of mortal sin is described by Paul as
"treading on the blood of Christ."  Thus, Wuerl is trying to change the Bible.

The irony here is that Wuerl lives in the state of mortal sin, being that he has the
duty of restitution to at least one priest about whom Wuerl orchestrated a lie.  The
same priest was due to receive pension money, aka a monthly stipend, but Wuerl
cut him off.  That is theft from that priest.  Donald Wuerl, in allowing that priest's
reputation to be massacred, committed a form of murder.  Wuerl destroyed at least
one human life.  The restitution due to that priest includes Wuerl finally telling the
truth which we uncovered thoroughly and made available to the reading public at
the aforementioned web address.

The details of Wuerl's corruption are there.  In as much, a cardinal as ruthless to
others as is Wuerl is a cardinal who would violate the rights of Christ.  Christ has
the right to not be sacrileged at the altar, and he has the right to have his doctrine,
and not Wuerl's revision  of doctrine, made known.

In my opinion, Wuerl is afraid that Congress will retaliate, if congressmen are
deprived public communion.  The retaliating, Wuerl fears, would be that of
cutting off funding to religions.  Such funding comes through social service
contracts, school loans, and the funding of school activities and even books.

Welcome to the fulfillment of a prophet of the Virgin Mary spoken at Akita,
Japan, as well as the true secret of Fatima which is apostasy at the highest
ranks of the church.  At Akita, Mary said that Satan will have been so suc-
cessful in tempting the priesthood that it will become a matter of bishop
against bishop and cardinal against cardinal.  Thus, we have Burke vs
the Heretic Wuerl.

Ironically, when Sodano issued to June 2000 press release which claimed to be
one that revealed the Third Secret of Fatima, it no longer was law to remain si-
lent about the Third Secret.  So, we can write about it, now.  The Third Secret
is apostasy beginning at the top of the church.  The Great Apostasy is mention-
ed in one of Saint Paul's epistles.  Therefore, it's doctrine.  It's prophecy, and it's
Biblical.  Wuerl is definitively seeking to pervert the Catholic Faith, changing it
into the image and likeness of himself.

In the matter of the Holy Communion debacle caused by Wuerl, Burke is 100%
correct in his stance, being that it is in complete accordance with Canon Law
and the Epistles of Paul.   Wuerl once again is 100% wrong.  Wuerl is a snake.