Wuerl voted THIRD most destructive churchman in the past 100 years

A link posted below covers the recent 2016 Church Militant poll which present-
ed to each viewer a list of twenty public church figures, asking each viewer to
identify the ones who did the most damage to the Faith of Peter, aka the Roman
Catholic Church.

The result of the poll was predictable for any insider.  It was a surprise for any-
one who lives by 10 second sound bytes and magazine article titles.

Cardinal Donald William Wuerl ... ordained in 1966 ...  was voted the THIRD
most dangerous and destructive of them all.  He was #3 on a list of those church-
men regarded as the most dangerous ones in the past ONE HUNDRED YEARS.
That list can be called Sabotage Central.

Wuerl's admitted mentor and inspiration, Cardinal Joseph Bernardin, ("the
South Carolina Flamer") was Numero Uno on the Most Destructive List.

Number 2 on the Most Destructive List was the non-ascetic Cardinal Timothy
Dolan, the one incompetent as a cover-up artist.  Meanwhile, Number 4 on the
list of deadly churchmen was Los Angeles' Roge Mahal Mahony.  He was the
archbishop who oversaw the construction of the most distorted piece of church
architecture in the history of the Catholic Church.  Mahony was also the arch-
bishop who paid-out two-thirds of a billion dollars in sex abuse lawsuit settle-
ments to 508 plaintiffs.  He was also the cleric who bullied Mother Angelica.

This recent vote proves that Wuerl is NOT a popular leader of leaders that Ann
Rodgers and Scranton-area native Mike Aquilina make Wuerl out to be..  Thus,
calling Wuerl a great gift of the Church is only being construed as disingenuous
propaganda.  Bill Donohue stated such, and Donohue makes $475,000+ a year.
He gets paid to state such things, thereby rendering the Catholic League for
naught.  The Catholic League, for those unfamiliar, was designed to defend
Catholics from the intense anti-Catholicism that permeated throughout white
AngloSaxonated Protestant America.  The hatred for Italians, especially the
Italian pope was that intense.  In as much, Bill Donohue makes it look as if
the purpose for the Catholic League is to worship Wuerl, as if Wuerl were
the Divine Chosen One of God.  Newsflash:  Wuerl isn't. 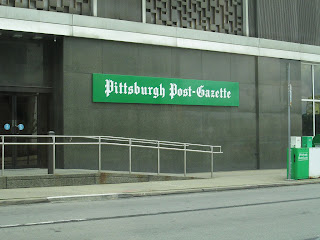 Rodgers called Wuerl a good shepherd.  Uhhhhm, that's a title reserved for the
God-made-man, Jesus Christ.  In as much, Rodgers is equating Marie-Antoinette
Wuerl with the Jesus Christ who raised the dead, walked on water, calmed storm-
ridden waters, cured the blind, cured the lame, and drove the money changers out
of the Temple, etc.  Wuerl, on the other hand, is the modern version of the money
changers.  He spent decades making money through government contract social
services.  Yet, Rodgers writes as if Wuerl is Immaculate and Divine.  That's the
creation of a Cult Figure, and not the conveyance of objective news material.

The Bottom Line is that, according to Ann Rodgers and Mike Aquilina, Cardinal
Donald Wuerl is equal to Jesus Christ, and therefore, Wuerl is equal to God.  This
therefore makes the Holy Trinity the new & improved God the Holy Quarternity
consisting in God the Father, God the Son, God the Holy Spirit and God the Don-
ald Wuerl.  That is to say, Ann Rodgers' very cultist praise of Wuerl is such that,
in any given election, Donald Wuerl should run for God.

But, in casting all sarcasm aside, Rodgers needs to familiarize herself with those
in history who praised deadly cult leaders and political tyrants.  She is merely an-
other one of those types and nothing more.  If she really thought that Wuerl were
greatest thing since the invention of sliced bread, she would have become a Cath-
olic long ago.  She's an Episcopalian.  For those unfamiliar, the Episcopalian sect
is the one which pushed for unrepetent Sodomites in the clergy, so that they will
preach a religion whose Scriptures repeatedly stated that the Sin of Sodom is one
of the Four Sins which Cry to Heaven for Vengeance and always leads to the Se-
cond Death which never ends. 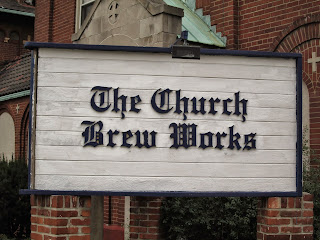 In re:  Rodgers titling Wuerl "a good shepherd," when the truth is that
he has a history of viciousness, manipulation, lies, and selfishness.

A good shepherd is someone who cares for his sheep.  Wuerl certainly didn't care
for the well-being of George Neumayr.  Wuerl also didn't care about the well be-
ing of anyone caught in the middle of the Torquato Retaliations.  He equally did
NOT care about the children of the now-defunct Risen Lord Parish School in hav-
ing banned them from all Pittsburgh Catholic Schools unless each one's parents
took "reconciliation courses," on how to "respect one's bishop."  And Wuerl most
certainly didn't care about the prey of John Hoehl, John Wellinger, and Edward
Huff.  Wuerl DID reinstate Huff.

Wuerl additionally didn't care about the salvation of those caught in grave sin, such
as Nancy Pelosi, Chris Dodd, and John Kerry, not to mention the androgynous les-
bian who apostatized from the Catholic Faith, in favor of the lesbian version of the
pantheistic belief of Buddhism

Wuerl has repeatedly shown that that he only cares about himself, as is evidenced
in his decades-long Marie-Antoinette-Lifestyle.  This is additionally evidenced by
Wuerl's decades of indifference toward the American corporate practice of exploit-
ing grossly underpaid foreign workers, even though it was Donald Wuerl's moral
obligation to speak out, pursuant to Rerum Novarum, Quadragessimo Anno, and
the Book of Isaiah, among other church teachings swhich state that the Defraud-
ment of Laborers of their Wages is one of the Four Sins which Cry to Heaven for
Vengeance.

In the Court of Public Opinion

As of 2016, a recent vote showed how UNPOPULAR and UNPASTORAL Wuerl
is regarded.  At best, Cardinal Wuerl can be called a failure, as opposed to a delib-
erate saboteur.  His failure consists in the fact that immorality in the United States
has long-since been at a pandemic level, and such widespread immorality is a di-
rect reflection of the cardinal who stole the national limelight and let himself be
paraded around as the quintessential model of Catholicism, when the fact is that
he is the quintessential model of shear corruption, including rolling out the red
carpet to neo-Sodomy accommodations.

Both Rodgers and Aquilina showed themselves to be completely indifferent
toward the pain and suffering that Wuerl deliberately caused people through-
out the decades.  They showed themselves equally indifferent toward Wuerl's
Marie-Antoinette lifestyle which coincides with Wuerl deliberately failing his
Rerum Novarum moral obligation to speak out against American sweatshop
profiteering.  He lived in luxury while hundreds of millions of others lived in
abject poverty and hopelessness.  This was the Anti-Christ lifestyle.  This was
the Nero Caesar lifestyle.

All in all, Rodgers and Aquilina showed how incredibly stone hearted  they
are.  They simply showed themselves to be hateful and even violent in NOT
acknowleging the sheer ruthlessness and harmfulness of Wuerl, in his retali-
ations and abuse of power.  They showed no compassion on Wuerl's victims.

Fortunately, due to the recent poll results, Rodgers and Aquiliina were trumped.
They were overruled ... negated  ... by the people who voted Donald Wuerl as
the third most destructive person to the Catholic Faith in the past 100 years.
The decision of Rodgers & Aquilina on Wuerl was reversed in the Court of
Public Opinion.  Rodgers & Aquilina lose.  If you follow them, you lose too,

Concerning Rodgers and Aquilina calling Cardinal Wuerl a good shepherd,
you need to think.   People who did have dealings with Wuerl regarded him
as "that politician" & a wolf in shepherd's clothing.  Wuerl was also regard-
ed as "a Borgia-era cardinal," 2} "a Marie-Antoinette," and 3} Whirlybird.
In fact, the list of those who condemned Wuerl  for one valid reason or an-
other, included:

1} Best selling author Malachi Martin who publicly called Wuerl a fool who
will have to answer for all the sins he has allowed,  2}apologist and philo-
sopher Paul Anthony Melanson.
(http://lasalettejourney.blogspot.be/2015/07/ignore-cardinal-donald-wuerl.html)

9} Canon Lawyer Edward Peters,  10} Canon Lawyer & convert Charles Wilson
who said that bishops like Wuerl are the reasons why people leave the Church.

11} host of Les Femmes - The Truth, Mary Ann Kreitzer,  12} Chicago journal-
ist Mike Volpe who is Jewish,  thereby bursting the presumption that Wuerl is all
so loved by the Jewish community at large. http://reform-network.net/?p=20453

13+++} All the people who sued Wuerl while he was bishop of Pittsburgh, and
those who wrote to me in confidentiality about Wuerl.  The list goes on and on.

In as much, far more people condemn ... disregard ... loathe ... and disrespect
Donald Wuerl than praise him, especially whenever the praising is done in the
Cultic Ann Rodgers Way.  The recent poll results is added evidence of this.

The Top Twenty (bottom feeders, shall we politely say)

The Rest of the Top Twenty (low lifes, shall we politely say)