Mike Ference was correct about the Altoona-Johnstown Cover-ups

You have to give credit where credit is due.  Mike Ference was ahead of the
curve on the massive cover-up scenario in the Altoona-Johntown Diocese.
So, perhaps you should take a re-assessment of him, if you wrote him off.
Uhhhm, there was a propaganda effort to discredit him.  The media explo-
sion on Altoon-Johnstown just muted the nay-sayers.

There is one more thiing about that scandal that should be brought to the
surface.  The reason why that diocese was able to get away with its less
than noble acts was because of the false notion of separation of church
& state in that region.  There is NO separation of church and state in
America when it comes to torts offenses, criminal conduct, traffic law,
coding law, and building permits.  To say that there is is to say that there
is a preferred class in America with diplomatic immunity.

Anyway, those who mocked Mike Ference should send him an apology
or two.  You know, his son did get a bullet in the back of his head on di-
ocesan property, and Mike was terrorized by Wuerl's lawyer in a deposi-
tion room.  Plus, Mike went through other occasions of harassment and
other sufferings.  Lighten up on him.  Give him a break. 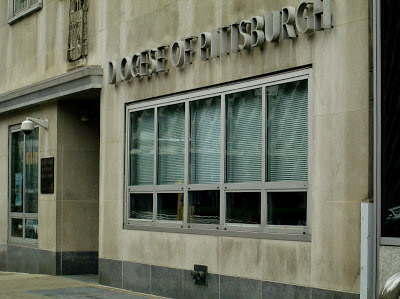