I too used to believe that Wuerl was the saint that Pgh Post Gazette writer, Ann Rodgers, made him out to be ...

... until I encountered him and until theTorquato Retaliations got underway.  That
was when Wuerl looked the other way.  So, do NOT think that I was set against
Wuerl from  Day 1.  It's just that personally experienced how vicious and con-
niving he was, while he was being painted as a caring and fatherly caretaker
of lives.

I  . . . like any other Pittsburgher . . . believed what former Pittsburgh Post
Gazette writer Ann Rodgers wrote about Wuerl, the same way in which the
U.S. Congress believed Colin Powell's horror story about Saddam Hussein's
W.M.Ds.

This is because a reasonable person doesn't think that a media journalist would
have the audacity to repeatedly lie to the public.  After all, in the end liars get
caught in their lies.  None the less, CNN and MSNBC have taught us that news
journalism contains people within it who lie unconscionably.  If I would have
only known this is the late 1990s, when I ran into information about James
Torquato.

I gave Wuerl the benefit of all doubts.  Then came the Fr. Torquato Ordeal

Always keep in mind that I  personally experienced the utter ruthlessness and
underhandedness of the Wuerl Administration --- with Wuerl's propaganda ma-
chine --- with Wuerl's abuse of power.  I then came into possession of more doc-
umentation which concurred with my personal experiences.  The documentation
showed all the praise of Wuerl was a con game..  I learned quickly that Wuerl is
more than willing to hurt badly anyone who got in his way, in his strive for . . .

Power, Money,  Adulation, and his form of Pleasure which, according to
multiple sources, is alleged to have been the type that turned Sodom, Bela,
Gomorrah, Admah, & Zeboim into a contiguous landmass of sulfuric blast
furnaces.    . 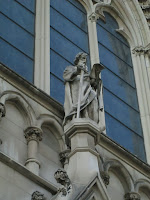 This is a Donald Wuerl who, dating back to 1979, deceived people into think-
ing that he single-handedly wrote the catechism book titled, the Teachings of
Christ.   Yet, he was not even a co-author among the many authors of the book.

For those unaware, Wuerl said to a journalist, "Once your start writing, you just
can't get yourself to stop."  This made it appear that he was talking about the cate-
chism book that he NEVER WROTE.  Incidentally, my motto on the subject of
writing at length is, "There is no such thing as a final edit."  None the less, con-
cerning Donald Wuerl . . .

This is flaming Peter Pan type who ushered into Pittsburgh those sacrilegious
masses known as Dignity Masses.  He then consolidated their weekly presence
for eight consecutive years at two parishes.

Incidentally, one of the priests accused of sexual abuse was once the pastor of
one of the Pittsburgh parishes which hosted weekly Dignity Masses.  None the
less ::::::::::::::::::::::

This was the Donald Wuerl who covered up FOUR priests simultaneously . .  .

... and who then, shortly after having been caught doing so, turned Anthony
Cipolla into his diversionary scapegoat, by means of misrepresenting the
case involving Cipolla.

Wuerl used Cipolla as a smokescreen to distort the vision of DA John C. Pettit
who announced that law enforcement would be sticking its head in the sand to
believe that the Wolk-Zula-Pucci cover-up was an isolated incident.  After all,
cockroaches aren't lone wolves living in isolation.

More hypocritical was the fact that Wuerl was gettting lime-lighted in the press
as an untold saint at war with the evil evil Vatican while the same Donald Wuerl
was simultaneously covering-up the Fr Edward Huff whom he reinstated into the
Pittsburgh diocese.  Wuerl was being praised as the anti-coverup saint while cover-
ing up Huff.

... and even though Tim Bendig has been proven to be an habitual con artist,

... and even though Diane Thompson's ever-changing accusations against the
widely defamed Cipolla have been picked apart like circus cotton candy,

... and even though retired Pgh law enforcement officer Mark Ninehouser has
finally been located and was witnessed as having stated that he never arrest-
ed Anthony Cipolla and was not even a detective at the time  . . .

Donald Wuerl:  The Marie Antoinette who looked the other way while
workers in the millions were criminally underpaid and overly abused.

This is a Donald Wuerl who looked the other way for decades, when he had
the moral obligation to speak out against foreign sweatshop labor profiteer-
ing.  Such a practice is a crime against humanity which was the 6th Count
of the Nuremberg Trials.  It is also one of the Four Sins which Cry to Heav-
en for Vengeance, under the formal title, "Defraudment of Laborers of their
Wages."  Moreover, Wuerl's obligation came from the fact that millions in
his society were accomplices to this long-term crime.  Thus, Wuerl spent a
lifetime NOT caring for the poor and abused.  He only cared to see to it that
he would live in costly comfort, like Marie Antoinette.

This is furthermore a Donald Wuerl who perpetually violated the primary
canon law concerning the reception of Holy Communion.

In fact, this is a Donald Wuerl who gave tacit approval to a number of heresies
that I already enumerated at www.donaldwuerl.com, therefore showing Wuerl
to be nothing more than an usurper, trying to overthrow the 2,000 year Catholic
Church and turn it into his own image and flamingly effeminate likeness.

The pertinence herein is that Wuerl is still in power, and of course, the less than
naturally inclined persons treat Wuerl as the determining factor in the modern
church.  He is seen as the one who can get Francis I to declare the Mortal Sin
of  Sodom the eighth sacrament of the Church.

The modernized, sodomized, and protestantized Catholic Church is a wasteland.
It's strewn with spiritual ruins.  Instead of Barbarians and murderous pagans van-
dalizing the Church, as in centuries past, clerics from within it are committing the
sabotage, and this includes the narcissistic Wuerl who insists on living like Marie
Antoinette, while propagandists make him out to be the Carthusian saint he is not.

All in all, there is a scorecard on Wuerl online, with documentation and corrob-
orative witness accounts to support the declarative statements on that scorecard.

Now, there is an official prophesy in the Catholic Church, via an approved Marian
Apparition, that there will be a period of peace granted to the world.  There is yet
another one which states that the Catholic Church will undergo a Restoration.

There is even a further prophesy which states that the Immaculate Heart of the
Virgin Mary will triumph and usher in the period symbolically known as the
Reign of the Sacred Heart of Jesus.

One sign that the prophesied time has arrived will be the removal of Wuerl from
office, along with the undoing of all of his conniving manipulation, as well as
the absence of other cardinals as distorted as Wuerl.  It will also be marked by
the absence of Sodano the Maciel-Protector, Betrone the Pea-and-Shell gamer,
the Vatileaks I pope, and the Vatileaks II pope.

To you of true and traditional faith, keep in mind the following:

A clergyman who desecrates his body through the habitual sin of Sodom will
NOT care to protect the Body of Christ from desecration.  This axiom should
explain a lot, in the presence disregard for the Sacrament of the Altar, aka the
Eucharist, aka Holy Communion.

And of course, Wuerl allowed the desecration of the Living Body, Blood, Soul,
& Divinity of Christ while the remained hidden behind the molecular pretense
of bread and wine.  Wuerl thought nothing of allowing abortion-obsessed Dem-
ocrats to pose as devout Catholics on Sundays and join the communion line.  He
had no problem allowing a couple living in the state of adultery to commit the
same desecration of a sacrament that was instituted at a heavy price.

There is no  longer any sense of the sacred.  It has been replaced with a feeling
of Broadway Show-Tune Glamour. 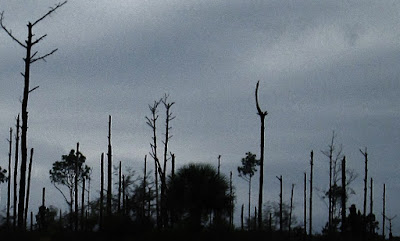