Thompson lied yet again, calling me an Internet money-making grifter, when I never made a penny on my Internet postings.

Quick self-defense note, concerning Podunk Native Diane Thompson's
out-of-control defamation against my name:   This particular one deals
with my URLs' hit count and my motive for posting that which I did
post, in light of the approximate 5 million hits that my posts collective-
ly received..

For those unaware that which I posted included photography whose sub-
jects ranged from California to Florida to Baltimore to Gettysburg to the
Southern tip of the Great Lakes to the Cuyahoga National Park to the
Three Rivers Confluence of Pennsylvania.  In addition, my writings in-
cluded topics such as:

The same Diane Thompson specifically called me a GRIFTER.

2} Do you see any advertising on this site or on any of my URLS?

3} Do you see a PayPal donation box here or on any URL of mine?

4} Do you see me selling anything?

Does this answer the question?
If not, then follow-along:

Firstly, Anthony Cipolla was NEVER my co-author.  After all, he wasn't that
talented of a writer.  None the less, all that I did was post, with his permission,
one email that he wrote to me, personally,

Secondly, the following shows how incredibly short-sighted and outright fool-
ish Diane Thompson was for claiming the very defamatory accusation that I
am a grifter who made-up stories and put them on the Internet, so that I can
make money:

I can go into detail from experience, but I would get into trouble with the com-
pany president for revealing our contracts.    However, I can give an example
of one common type of construction whose average cost the common citizen
doesn't know.

Highway Construction:  The price of merely one square yard of your local high-
way is $200 to 300.  Plus, the newspapers and sports magazines have reported
on the cost of new stadiums, and those price tags are through the dome, pun
intended.  As other brief examples, we (I) once sent an RFQ to a baseball
dugout supplier, for two concrete boxed versions, for a magnet school's
ballfield.  Price for 2:  $40,000+.

All in all, we get paid per hour more than what a law firm typically charges a
client.   The bottom line is that,  when I posted something online, it was NOT
for money, as the repetitive liar, Diane Thompson, very falsely claimed.  Rath-
er, I post what I did online, to teach you things no one else has ... and to reveal
corruption that no one else has.

I NEVER made a penny on any of my online writings and online photography,
because I never charged a penny for my works.  In as much, if I want to become
a millionaire, I'll do it through construction, and NOT through my internet writ-
ings which are public services done by me for free.  Construction is a matter of
paying  your dues for a few years and then waiting for the unforeseen opportun-
ity to present itself.

In addition, I have two close friends whose households are millionaire house-
holds, comprising a ranch here, a 10,000 square piece of city property there,
etc.   In fact, one of the two will be making me an offer of some kind next
week, and you will NOT be privied on what it involves, because certain
people take my writings, violate my copyright on those writings, and then
abuse me with-by-and-through those writings.

None the less, what I did online was a public service for you.  As I stated pre-
viously, I'm a private academy graduate from a Country Club family whose
mother was also a private academy graduate.  There was a time in my life
when, in the family driveway, each regular night, sat a green Mercedes, a
blue Ford Mustang, and a blue Lincoln Continental (Bill Blass edition),
simultaneously.  We are not the grifter class.

My grandfather incorporated a very humble-sized oil drilling company which
was later  purchased by the much much larger Sinclair Oil.  My own dad, after
his Air Force combat days, was a research engineer for a steel corporation
whose Pittsburgh branch supplied steel products  to the Texas oil industry.
Yes, I was raised on the profits of Oil and Steel.

At my school, we did NOT have gym class.  We literally had gymnastics
class.  One of our classrooms was an indoor swimming where we spent
a significant amount of time learning how to be life guards.

On the school grounds was a vineyard, a pond with goldfish in it, and a
series of pear and apple trees, not to mention towering oaks and the most
beautiful Scotch Pines I ever saw in my life.

Indoors had a share of marble ... in the chapel.  Artwork from Italy on the
walls.

Such was my background.  This is Not what the presumptive person would
assume, being that those with my background would support someone living
the  Marie Antoinette lifestyle such as Donald Wuerl.  Well, the truth is that
someone from my background knows how much of a fraud  Wuerl is and how
much he does NOT fit us.  He, I can assure you, is NOT one of us.

Hillary Clinton is the same way.  She is vulgar and crass ... as well as dim-
wittedly short-sighted, as was illustrated in her obsessive support  for the
economic disaster to America's circular flow of income known as NAFTA. 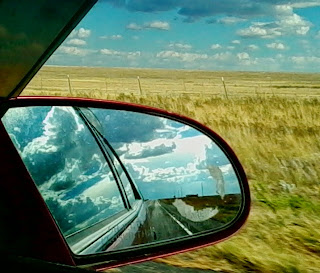 If I would have stated that Thompson were a holy martyr and that Anthony Cipol-
la was an evil molesting demon, Thompson would never have started her libelous
and impishly syntaxed web logs.  She would definitely have run-around, saying
how great I was and how everyone must read my writings.  But, I didn't do that.
So, Thompson made me out to be a devil, thinking that you are incredibly stupid
and contemptuously gullible.  She expected you to believe her on her word.  Yet,
when one fact-checks her, she is easily discovered to contradict herself and her
environment, as well as the PA Rules of Criminal Procedure.

Well when one hits his target, flack gets fired in his direction.  Thompson fired
away, acting completely differently than moms who actually were the mothers
of molested children.  They don't attack, mock, and ridicule a writer, as Diane
Thompson did.  They don't go the ad hominid route.  Plus, they don't write a
ton of diversions, either.  They don't drop cases.  They pursue them.

This brings us to why certain people assume that Diane Thompson is a com-
plete liar, concerning her claim that Cipolla molested her two sons.  1} A
mother's protective instinct is so great that not even the pope can get one
to drop a criminal case.   2} The tale of retaliation and vandalism was NOT
believed, because, if a corrupt local government doesn't want someone pro-
secuted, the government officials simply don't do their jobs.  They don't
break an accuser's landlord's windows.  They don't slit her tires.  They
simply don't file the paperwork to process the guy.   3}  The mothers of
child who were actually molested don't take up the role of name-calling
brat and impish mocker of writers.  4} The mothers of children who
were truly molested go into meticulous detail.  Diane Thompson is
very vague.

A Jewish journalist in Chicago stated that Anthony Cipolla was "probably"
innocent.  The man whose son was shot in the back of the head on a school
bus also believed in Cipolla's innocence.  He specifically stated why Diane
Thompson had nothing credible in her testimony.  He and Mike Volpe were
not the only ones.

All documentation gathered and the fact-checking thus far done point to an
innocent Anthony Cipolla with a couple points which make a person wary,
however.  Thus, all that is needed is for the two sons of Diane Thompson
to come forth and make a detailed statement each, doing so individually,
as to whether or not they were ever molested, and if whether or not they
told their mother that they were molested.  We only have Diane Thomp-
son as the sole source, and she repeatedly was found to be a liar, even in
her claiming that I make money off of my Internet posting, even in her
stating that I am Anthony Cipolla in disguise --- the Late Anthony Ci-
polla.  One waits for her to claim that Cipolla faked his death.