I got nine of 1978 accusing mother's cyber-bully weblogs taken offline. She then constructed an equally abusive TENTH ad-hominine-attack weblog 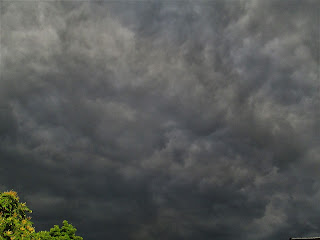 Tht woman did NOT have to super-sensationalize her story.  The more tamed
version, as was narrated by the PA Grand Jury, fit the pattern of sex abuse cov-
erups.  Those things are pernicious, subtle, snakelike, and whispery.  That is
what torments a sex abuse victim.  It absolutely can drive a sex abuse victim
nuts . . . literally.

Let's adjourn to the article written years before the Pgh Diocesan Secret Archive
Files where revealed to the public:

To start, one Diane/Diana Thompson-Mangum-Labiaux-Whatever is the person
who accused one Anthony Cipolla of molesting both of her sons at the ages of
9 and 12.  She then gave an elaborate narration through one Mrs Randy Engel,
detailing an arrest and then a post-arrest retaliation involving former Allegheny
County DA Bob Colville and the late Bishop Vincent Leonard of the Pittsburgh
diocese.  Firstly, her narration was entirely contrary to the Pennsylvania Rules
of Criminal Procedure and was, therefore, a defamatory fabrication.  Secondly,
other elements of the damning accusations were fact checked and found to have
been false.  She responded by retaliating against me, the whistle blower who
discovered her lies.

For those new here, I am the one who undercovered by accident a number of
cover-ups of Cardinal Donald Wuerl.  In fact, I was caught in a whistle blow-
er retaliation, after one of Wuerl's former personal secretaries was uncovered
for behavior recognized as disgraceful for a human being, let alone a priest.
There were two phases to the retaliation.
As a quick update to that which was occurring behind the scenes =======>

The necessary steps were taken, to get taken offline NINE cyber bully weblogs
constructed by Diane Thompson-Mangum-Labiaux-Whatever.  And of course,
the content within them constituted numerous counts of harassment against yours
truly, as well as public statements actionable under Florida's criminal defamation
law.  Thus, Step 1 was getting offline a writing style which was literally a crime.

Instead of coming to her senses and absorbing a sense of wisdom from the NINE
weblog deletions, the same Diane Thompson-Mangum-Labiaux then constructed
and posted a TENTH CYBER BULLY WEBLOG against yours truly, under a
new email account address.

Now,  I did not check to see the status of the TENTH cyber bully website which
also contained harassment and libel, being that I do NOT ever google my name
and being that I do NOT go out of my way to check and see the status of Diane
Thompson's latest damning accusations, newest derisive ridicule, and freshest
ad hominid attacks against yours truly.  My knowledge of those other weblogs,
incidentlaly, were sent to me in a form of communication I will NOT disclose.

Now, being that there was new libel posted against me by this Diane Thompson,
and even though it contradicts past libel, I need to respond publicly.

In her latest weblog, Diane Thompson-Mangum-Labiaux-Whatever
expressly stated that I was stalking her.  Now, the official definition
of stalking is acts of hunting someone down, in order to inflict phys-
ical harm on that person.

Now, Diane/Diana Thompson-Mangum-Labiaux-Whatever is located
on the east coast of Florida, over 1,200 MILES away from me.  Proof
of me being here, in Northern Illinois throughout the entire time span
in focus is:

1} multiple debit & credit card transactions,  2} motel receipts,
3} bank deposits of my paychecks,  4} numerous witnesses see-
ing me do construction work throughout the Chicago area,
5} my many electronic gymnasium log-ins, and many witnesses
who repeatedly saw me in one of TWO Chicago area gyms,
as well as my competition in a couple Chicago area fitness
contests which I won.

In addition, being that I have asthmatic flare-ups on a regular basis,
people much more easily remember me than the average citizen.
At this point, you should see why I have always refused to answer
any email sent to me from Diane Thompson-Mangum and why I
also refuse to telephone her, to send messages to her, to have any-
one give her any message, etc.  Incidentally, in her latest cyber
bully weblog, she called me a drama queen.  Uhhhm, how many
Italian construction workers from Pittsburgh Steeler Country do
you know who are effeminate, limp-wristed pansies?  My ques-
tion is, "Do you believe her in what she writes?"

For those new to here, Diane Thompson-Mangum is the one who accused a Pittsburgh
diocesan priest named Anthony Cipolla of molesting one  ...  and then two of her sons,
in 1978 and then in 1977.  She then gave an elaborate narration of her "pressing charges"
against that priest, followed by her claim that she underwent retaliations and vandalism
which lead to a bishop and a DA putting pressure on her so intensely that she gave-in
and dropped the charges ... even though no civilian has the power in America to drop
any criminal charge of any kind.  There was even mention of a ine year old molested
boy doing homework at the kitchen table ... on JULY 30, when the there no school in
Pittsburgh Public school system or Catholic-parochial school system.  All in all, the
account of the arrest, indictment, retaliations, duress, charge-dropping was so fictiti-
ous that it was easier to pick apart than the lint on a piece of cheap sweatshop fabric.

In addition, I found that officer who was said to have arrested Cipolla as a ranking
detective, only to find out that her wasn't even a detective and that he nothing more
than take a statement from Diane Thompson, transposed it paper, via handprinting,
and then gave it to the real detectives who, incidentally, found no cause to file any
type of affidavit which results in a judging signing it and placing the accused in the
criminal court system.

NOTE:  I have to leave, right now.  I will try to return and finish this post.