Let's get the Cipolla Case right, once and for all 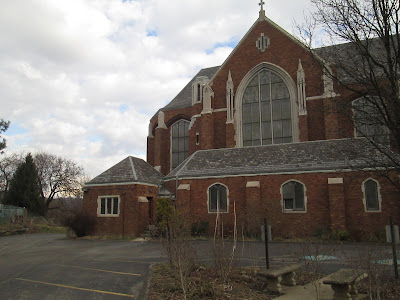 ANS:  Cipolla was NEVER charged, because criminal charges were
PENDING and not yet issued.

Then, the accusing mother of 1978 walked away from the case, by
declining to pursue her private criminal complaint.

One more hearing was required for Cipolla to be formally and of-
ficially charged --- for the assigned magistrate to "issue process"
upon Cipolla.  It was scheduled for late July 1978.  That hearing
never transpired.

Now, there are TWO VERSIONS of the Cipolla Case Narrative.
One version was published for public view in Oct 1995, 2015, and
2016.  The other version of the Cipolla case was published in 2018,
by the Pennsylvania Grand Jury.  The 2018 version is the only one
which carries PROBATIVE VALUE, meaning that it is worth pre-
senting to a jury in a court of law.

The 1995, 2015, and 2016 versions of the Cipolla Case were overly
sensationalized HYPER-EXAGGERATIONS which are an insult
to the intelligence of anyone who even studied a year of law or who
was sent through the criminal court system as a defendant.

The 2016 version was written by conspiracy theorist, Randy Engel,
and it shows that she knows nothing about Pennsylvania Law.  It
is exceptionally NON-FACTUAL, and it is 100% wrong for a web-
site master to link up to the very fictitious Randy Engel article.  The
true Cipolla Case was much more tame and snakelike.  In fact, the
1995, 2015, and 2016 versions of the Cipolla contradict each other
in allegations of fact.  For example ...

... The accusing mother of 1995 told the Pittsburgh Post Gazette
that she had two elder daughters and two younger sons.  In the
Year 2016, the same woman told Rand Engel that she had three
sons and one daughter.  She also claimed that a husband of hers
was in a Vietnam era special forces training accident in the
Spartansburg South Carolina military base.  Well, that base
was a WWII prisoner of war camp (Camp Croft) and it was
closed in 1947 and turned into a state park, for vacationers.

The same accusing mother of 1978 wrote a number of lies about
me, such as the 2015 assertion that I was Anthony Cipolla in dis-
guise, operating a child/teen molester protection ring.  The truth
is that I am in construction and am NOT wealthy in any defini-
tion of the word.  Thus, I cannot afford to protect anyone, be it
noble revolutionaries or repulsively unnatural criminals.  Furth-
ermore, Anthony Cipolla died in 2016, and several article were
posted at this Wuerlof Hurt site since 2016, proving that I am
NOT Anthony Cipolla and that the woman is a deliberate liar.

Concerning that secret archive file, there exists within it the tale of
the tape.  It's a medical report, mentioning the existence of a lubri-
cant on a child's undergarment.  Well, if that lubricant spot was
not planted there by the accusing mother, in order to frame Ci-
polla, then its case closed, concerning the 1978 case.

Concerning the Randy Engel article, I went into detail, showing
how embarrasingly non-factual it is and how lazy Engel was in
NOT doing any fact checking on simple Pennsylvania procedural
law.

I already wrote of the Grand Jury version of the Cipolla Case v
the super-bogus, hyper-exaggerated versions.  When I have time
to search, I'll find the links to those writings.  I have to leave, right
now, to do some physical-intensive work on a construction yard.
But, one parting comment as to why Wuerl let the overly sensa-
tionalized version of the Cipolla Case be published without him
intervening and letting the publishers know that their version of
the case was hyper-exaggerated.

According to the PA Grand Jury and its access to the secret archive
of Cipolla held in the possession of Donald Wuerl for 18 years, Don-
ald Wuerl knew about the 1978 case the first moment Wuerl reviewed
the Cipolla Case.  Yet, Wuerl wanted everyone to believe that he was
clueless as to the existence of the Cipolla Case until the 1978 accusing
mother contacted him and told him.  In as much . . .

All that Wuerl needed to do, the first year he arrived in Pittsburgh as its
"local ordinary," AKA RULING BISHOP, was review all priests' case
files.  Upon reviewing Cipolla's Case file, he would have seen the exist-
ence of the 1978 case in a NON-exaggerated light.  It would then have
been his automatic duty to keep Cipolla away from youth, unless it could
have been proven that the "lubricant stain" was planted there, to fram Ci-
polla.

Well, Wuerl did not remove Cipolla from close access to children the first
year Wuerl became in charge of the RC Diocese of Pittsburgh.  Then came
the Wolk, Zula, & Pucci indictments, along with Wuerl letting George Zir-
was remain in ministry ... all the while getting rid of a John Hoehl whom
Wuerl reinstated, letting Hoehl take flight to West Virgina.  Therefore ...

Wuerl allowed the super-hyper-exaggeration of the Cipolla Case to
fill the public's mind via the Oct 1995 edition of the Pittsburgh Post
Gazette and other publications, in order to deflect Donald Wuerl's
own accountability in not having removed Cipolla, until after Frs.
Wolk, Zula, and Pucci were indicted, and not until after Tim Bendig
went to the newspapers.  Wuerl was put on the spot, especially in light
of the fact that DA John C Pettit announced that he would continue to
investigate Wuerl's priests, with the help of about a half dozen out-of-
state DAs.

To think, Wuerl always thought that he could sneak-on by, in his cover-ups.
He is still living his lie today, in denial after denial, with the of of his propa-
ganda machine which includes a Bill Donohue whom you must boycott.

Concerning the fact that the true Cipolla Case was much more tame than
the hyper-exaggerated & sensationalized Tom Cruz Movie version.  The
actual pattern of priest cover-ups is that of Subtlety, Perniciousness, and
Underhanded Snakelike Behavior.  No smashing of windows and no slit-
ting of tires.  Such cases evaporate, with prelates figuratively saying,
"Molestation?  What molestation?  I do see a thing."

The underhanded sneakiness is what torments the true victims of sexual
aggression, for one reason.  This reason was conveyed to me by a Cali-
fornia activist who was a female victim at a very young age in the Mid-
west of the United States.  That which torments the victims the most is
that the priests get away with what they did, suffering no accountability.

It's the sneaky silent and invisibility that torments the victims, NOT a
Charles Bronson blow-'em-up movie scenario.  Subtlety can kill.