Peace to all of Good Will.  Wel-
come to all newcomers in search
of non-contradictory testimony &
empirical evidence pertaining to
the high-jacking of the Catholic
Church's Roman Rite... so done
by a generation of  clerics more
inclined toward the 7 Vices than
the 7 Virtues. This included the
Cover-up Kid, Donald Wuerl,
Liar Extraordinaire known for his
whispery-molester-in-the-closet
voice used in front of cameras &
US House Rep Bob Dorman.
Incidentally, if you are wondering why people such as McCarrick the
Seminarian Molester ... Maciel the International Molester ... and the
whispery-voiced Donald Wuerl received inordinate immunity and
luxurious accommodations, while being engaged in life-destroying
ruthlessness, the answer is the most common one of them all:

A golden egg-laying goose always receives a get-out-of-jail-free
card, during times of graft & corruption.  Wuerl, McCarrick, &
Maciel were no exception.

One more reason:  Wuerl's still wielding power, in order to monitor
his other cover-ups ... those not yet uncovered.   At this point, ask
yourself the following:

Concerning that $25 million procured by Donald Wuerl for the Papal
Foundation ... for a dermatological hospital & a research center in Italy,
where is $17 million of it?  Unless, there is confirmation to that which
was already conveyed to the Wuerl-of-Hurt author, the alleged where-
abouts of that money will NOT be mentioned.

Being that Wuerl is still holding on to posts of power, the general ques-
tion is:  What else is he covering?   If you know, then let me know.
Note: At present, the author of this Wuerl-of-Hurt site is in the process of
moving an entire construction company out of Illinois, doing so in segments.

However, there are other projects to which the same Wuerl-of-Hurt author is
committed.  So, time was needed to be budgeted. None the less, there is need
for a housecleaning of the Protestantized & Sodomized Vatican II  Church. In
fact, it needs a wide-scale exorcism & reconsecration.


The evils of the Vatican II Church are NOT something complex.
They are based on the most basal elements of men who gravitate
toward the Animalistic and swerve far away from the Angelic.
It's nothing more than Illicit Sex & Money.

Evil people in positions of  ADMINISTRATIVE POWER are shallow.
They're NOT diabolical geniuses.   After all, Wuerl got caught, despite
the massive amount of money, influence, connections, protection, and
intimidation power he held and wielded.  Not a very smart guy, at all.

TO BE CONTINUED.  There is news.  Occasionally tune-in. 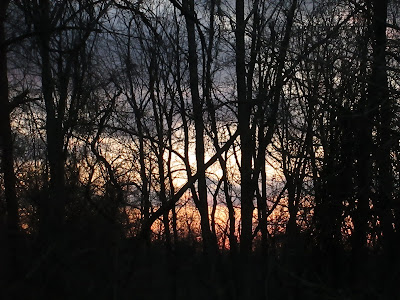