Note 1:  Wuerl has shown no sign of contrition for his sins or willingness to repair the damage and deprivation he and his minions caused others.  In fact, he is still a member of the Congregation of Bishops, and that group nominates candidates for bishop ordination;  for the Episcopacy.  Therefore, expect Wuerl to only nominate those who will accommodate his desires (his schemes) and those who are in his own image and likeness.

Note 2:  For those unaware,  Wuerl once stated that his role model was the Chicago archbishop at the time, Joseph Bernadin.  Cardinal Bernardin is now the late Joseph Bernadin, and he has been multiply accused of ritual sex crimes.  Moreover,  a statewide investigation into the Vatican II Church's sex abuse pandemic is underway in Illinois, and it was discovered that the present archbishop of Chicago failed to submit to the attorney general's office the 1993 paperwork of one of the ritual sex abuse accusations against Bernadin.  So, dishonesty at the highest level of the present Church continues.

Note 2a:  This recent revelation shows that Wuerl had the habit of aligning himself with the Church's most abusive sex criminals in high rank, namely Marcial Maciel Degollado,  Theodore McCarrick, and the infernal Joseph Bernadin.  Now you see why there is underway a diversionary tactic of restoring Wuerl's fallen reputation.  There is much to hide in the matter of Donald Wuerl.  After all, where is that multi-million dollar Papal Foundation donation which came via Wuerl last year?

Note 3:  Pittsburgh diocesan priest & present bishop of Dallas, Edward Burns, was the direct object of a police raid, in the quest for Dallas diocesan archive records.  Burns was the priest in charge of the Fr Torquato investigation.  Every time we sent a communication to Burns' office, we quickly underwent retaliation.  When I met with Burns face to face, he had a look of fear in his eyes equivalent to a vandal schoolchild who just got caught by the principal.  He apparently was leaking our communiques to Torquato. 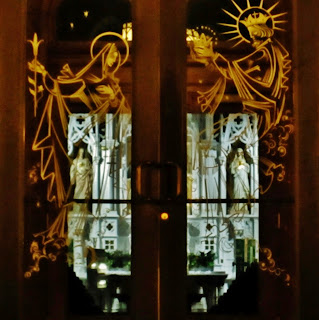 Note 4:  The saboteurs of the Catholic Church are not going away gracefully.  At this point, review

-the prophetic vision of St Pius X,  -St Francis of Assisi's prophecy of the Destroyer Pope,

-the approved Quito Ecuador apparitions involving Our Lady of Good Success and a prioress (aka "Mother Superior"),

-the visual part of the Third Secret of Fatima,  &  -Sr Lucia's 1931 Rianjo vision of Christ who appeared to her and spoke to her from the consecrated host in a monstrance that was sitting on the altar.

Know that there still is a mission for the Catholic laity to accomplish.  Wuerl spent decades suppressing that mission, seeing to it that it would never commence.  This is because he feared losing the vast amounts of federal taxpaper dollars that came and still comes to the American bishops as "social service government contract revenue."

In addition,  the final prophecies of this era are:  1) The Triumph of the Immaculate Heart of Mary (Fatima apparitions),  2) many conversions,  3) the Restoration of the Church (from the Quito apparitions.)  So, it's the Age of Heroism, not despair.  In addition,  there definitely is news being kept in confidence ... for now.  No hints. 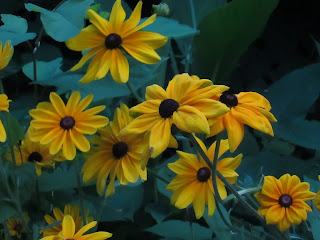