It happened in 2017.  Charity dollars headed to Rome, from America.  And then suddenly, the rabbit in the magician's hat was not seen again ... el disappeario ... Bye-Bye City for ... the $25 million rabbit.  Let us go through steps:

Dateline: The Summer of 2017.  Cdl Donald Wuerl was the chairman of the Papal Foundation which was only founded in 1988.  One of the co-founders was the infernal Theodore McCarrick.

Firstly, it's an American charitable corporation, designed to provide donations for actual good works favored by the Roman Pontiff.  Thus, its a papal prerogative treasury.  It funds those specific good works brought to the foundation's attention by the Roman pontiff, himself.

Maciel called his many donations to the Vatican, Polite Bribery, and it kept him out of trouble, until 2006 or so.  Well, maybe the Papal Foundation was designed to set aside money that could readily be sent to the Vatican, in the event that knowledge of McCarrick's predatory lifestyle made it to governing officials of the Church and/or the State.  Donating the Papal Foundation money would then be the act of buying the influence of the person who occupied the Chair of St. Peter ... or the act of buying the influence of a pivotal cardinal or two.  Well anyway:

In June of 2017, the occupier of the Seat of St. Peter (the one called the Apostate Pope) asked the foundation for $25 million, through Sec of State, Cdl Pietro Parolin.  It was to go to a dermatology hospital that was financially stripped to its framework, by means of embellzement and fraud.

It is called, the Istituto Dermopatico dell’Immacolata (IDI) (Dermatology Institute of the Immaculate One.)  It was facing bankruptcy, as far back as 2014.  The religious order operating it at the time of its financial demise was the Congregation of the Sons of the Immaculate Conception.  In fact, in 2013 a priest of the order and his accomplices were indicted and convicted of stealing tens of millions of Euros.

Well, Wuerl pleaded the case of Jorge Bergoglio to the 24-member board of trustees, in late June of that year.  The surmise is that Wuerl intended the $25 million to be construed as a convenient bribe given to the Vatican, for the sake of Theodore McCarrick, so that Rome would let him off easy.  In the alternate, it was a way to divert money into remote and unidentified Vatican bank accounts --- sort of like money laundering.  All the money became a complete vanishing act.

You see, in May of 2017, one of McCarrick's alleged victims filed accusations at the Archdiocese of New York’s Independent Reconciliation and Compensation Program.  However, there was a loophole.  Being that McCarrick was a cardinal, in order for the archdiocese to investigate him, it had to first receive approval to do so, from the Vatican.  So, Wuerl had time to make the situation advantageous for McCarrick.  There would be a June board meeting.

Now, it was quite a coincidence that Bergoglio asked in a very vague way to be granted $25 million for a hospital that was basically robbed years prior.  Was he duped into it?  Or was he part of a scam with knowledge aforethought?

Originally, the $25 million was going to be a loan.  But, Wuerl talked the board into making it a gift, aka a grant.  In fact, according to the "minutes taken" at the board meeting, Wuerl said that the $25 million was an emergency amount, needed by the hospital, for its very survival.  In fact, Wuerl told a number of falsehoods and withheld information legally required to be disclosed to the board of trustees.

He lied when he said that the Congregation of the Sons of the Immaculate Conception were no longer attached to the dermatology hospital.  That religious order still had at least partial ownership of it through a charity called  Fondazione Luigi Maria Monti.

As far as withholding information, Wuerl neglected to mention that the dermatology hospital had a $60 million mortgage to pay.  Wuerl only mentioned the $26 million accounts payable debt that the hospital had accrued, while it was being robbed.  Plus, Wuerl would not hand over financial statements of IDI (the hospital) to the board members.  In fact, he failed to mention that a healthcare center operator named Gruppo Villa Maria had stock in the previously mentioned Luigi Maria Monti, LLC.

Then came the matter of the purchase of yet another hospital by the Gruppo Villa Maria who owned stock in Luigi Maria Monti.  The other hospital is/was called the San Carlo di Nancy Hospital.  The bid price was not made to the state administrators.  In this way, no financial disclosures needed to be publicly made, and there was not to be the requirement to ensure that the sales price was a fair one.  So, the financial statement that involves Luigi Maria Monti is kept hidden in a magician's hat.

Keep in mind that Wuerl has been alleged to be an intricate liar, filled with audacity.  Okay then, the Papal Foundation is incorporated in Pennsylvania.  Therefore, Wuerl and McCarrick were required to make known to the board of trustees any conflicts of interests that they had.  That is Pennsylvania law.  Well, Wuerl was the board member of one of the creditors of the dermatology hospital.  That was audacious, being that some of that $25 million might have ended up in Wuerl's "fiduciary" pockets, in his role as a creditor's board member.  So, that was one conflict of interest.

Needless to say, Wuerl neglected to mention that McCarrick was going to be investigated by the New York Archdiocese, concerning an issue that might become costly to the archdiocese.  The $25 million therefore was a conflict of interest fund, in that it could have served the role as polite bribery money.

The curious part of this is that, concerning the approval of the $25 million, Wuerl did insist on a secret vote.  Such a thing is basically unheard-of in any board meeting.  Wuerl is always hiding the truth.   Maybe telling the truth will send Wuerl into a convulsion.  So, maybe he lies for medical purposes --- or maybe because he loves evil ... and can't get enough of it.

Yes, there is definitely a black hole in the Vatican that PBS Science and the other science channels should check-out.  That Vatican black hole should be on the cover of Science Weekly Magazine.

The added question is where did the other $12 million go?  At least the public knows that the first $13 million was sent to the Vatican, itself, before vanishing before our eyes.  This is why the Lateran Pact of 1929 was a really bad idea.  It was guaranteed to result in a thoroughly corrupt Vatican who would have no accountability to humanity.

All in all, the Vatican has basically become a bank engaged in a pivotal pea & shell game.   And people wonder why the faith has died all around us.  During the worldwide loss of Faith, Wuerl was there, ushering it in. 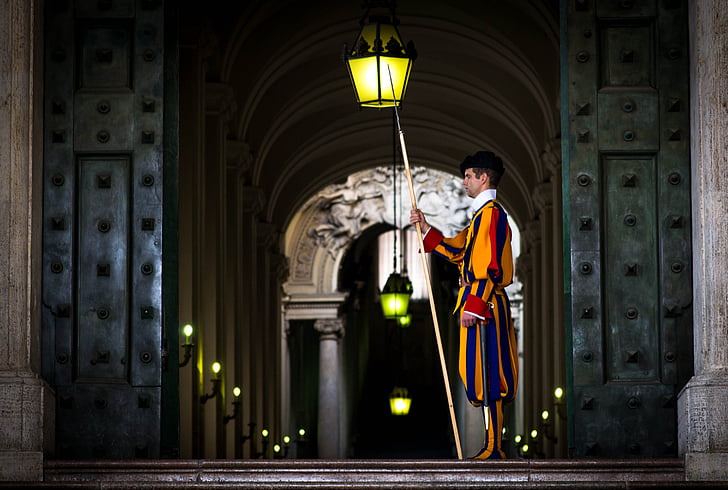