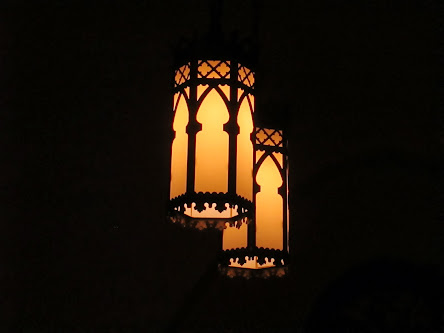 The letter posted below was the response of EWTN, after a package of incriminating evidence was sent to it, concerning Cardinal Donald Wuerl.  It was sent to EWTN years before Wuerl was to be transferred to DC.   The Vatican was warned.  Yet, the former Hitler Youth ignored the warning, electing to elevating the German-American Wuerl.  Years later would come the 2018 Pennsylvania grand jury proceedings and report which showed that Ratzinger elevated a wolf, instead of a shepherd, thereby cursing the Church in America.

Wuerl's corruption was already known, yet nobody did anything to stop it.  It were as if Wuerl had been elevated as a reward for his viciousness & deceit ... and money-making.  There was a lot of work done for economic justice that Wuerl let be for naught.  It was a matter of "all that work for nothing."  But Wuerl made sure that he would get his supply of pillow mints throughout this time, when Indonesian sweatshop workers were asking Americans to come to their aid.   They weren't important enough for Donald Wuerl.

This teaches an important point:

The scandals of the church, as expert witness and author Richard Sipe  illustrated, started at the top.  In the Fr. James Torquato Retaliations, we have a case in point where the cover-ups of the Vatican II church were sustained by imposing fear upon the victims, the advocates, and especially the whistle-blowers of any priest.  The laity feared being bullied by the abusive bishops and priests.   They feared undergoing what a few of us were forced to endure during the Torquato Retaliations.

Fear of Retaliation:  The Motive for Silence

As a note, the papal nuncio was contacted during the first phase of the Torquato Retaliations, and he said that he would do no more than contact Donald Wuerl about it.  It was equivalent to contacting the fox al-
ready in the chicken coup.  Almost immediately after I contacted the Papal Nuncio, the apartment bldg intrusion occurred, and the hunt for Torquato's accuser ratcheted up a bit.  I remember every place
where I was hiding the guy.  Torquato and Wuerl put him through a lot of trauma.  No peace from Donald Wuerl.

Being an object of church retaliation during the tenure of John Paul II meant that you were entirely unprotected, unless someone in secular law enforcement or civil law would reach out to help you,  and not
look the other way.  The letter below is proof that the EWTN  TV network looked the other way, in the sin of cowardice, negating its purpose for being on air.  Such a thing was a sin of cooperation. 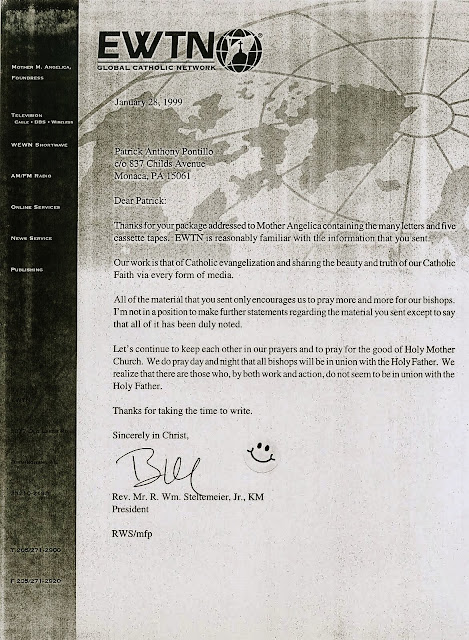 For the narration about the matter of Wuerl's cover-up of his former
personal secretary, see:


For the record, this letter was an untold insult, being that it admitted
that Wuerl was someone who should never have been a bishop, yet
people in a position to give tremendous help ended up giving zero
help when it was needed.
from Patrick Anthony Pontillo