Years ago, the first 30 Google search engine results were this site's articles. At one time, this site was a happening place. It used to be called A Wuerl of Hurt.

Keep in mind how incredibly arrogant the Wuerl People were.  No one outside of Wuerlism counted.  Wuerl got a lot of press ... and air time.  In contrast, the one who took him to the US Supreme Court in 2002 literally had nothing but a couple of boxes of clothing. And he was treated as a First Class Persona Non Grata.   And all I wanted to do was start a movement to end Chinese sweatshop labor profiteering, and similar things.  I wanted to end slavery.  Wuerl didn't want that to happen.

Interesting how a persona-non-grata gets over 5 million page-views and then disappears ... evaporates ... disintegrates ... dissolves.  The ingratitude is what hurt the most.  It made the whistle-blower retaliations all the more brutal.  Needless to say, if I had "it" to do all over again, I wouldn't have wasted my time, especially with reporting Wuerl to Rome and with the federal court filings, where the case was declared not a part of federal jurisdiction.   And all the retaliation endurance and paperwork in the Torquato issue was an equal waste of time.  But you gotta admit, at one time, this site was a happening place. 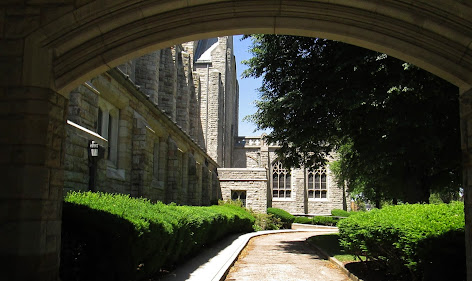 In re:  The Google search engine, on  June 16, 2014:   The search engine results
of it went as follows, pursuant to the keywords, "Did Donald Wuerl ever have a
cover-up?"  Snapshots of the first three Google pages of June 16, 2014 are post-
ed below, simply to show the reader that I'm not lying.

In fact, twenty-nine of those articles were written solo by yours truly.  The Wuerl-
gate site had a monopoly on the first three Google pages, and even recently, and
as of March 1, 2015, pursuant to two different Wuerl-related keyword combina-
tions.

Consuming the first three pages of Google, of course, is like bowling a 300 or
even pitching a perfect game.