For those unaware, a Father James Torquato was the personal secretary of
Donald Wuerl.  Cardinal Wuerl, of course, was lauded ... very falsely ... as
the "model of zero tolerance."  That is to say that Wuerl was showcased as
a bishop with a perfectly clean and heroic sex abuse handling record.  The
former Post Gazette writer, Ann Rodgers, who lauded Wuerl as would the
member of a cult was the person doing the praising, despite the public fact
that Wuerl was caught covering-up the indicted Frs Wolk, Zula, Pucci, and
Huff, as well as his cover-up of the John Hoehl whom Wuerl personally re-
instated, after Wuerl's predecessor removed the notorious former high school
headmaster/principal.

Next add ... in addition to Wellinger ... the retaliatory James Torquato whom
Wuerl made a parish pastor AFTER Torquato's storms of retaliation.

Wuerl is also the one cardinal who rolled out the red carpet to weekly Sodom-
ite masses at TWO Pittsburgh venues, while Wuerl ... the alleged practicing
homosexual ...was bishop of Pittsburgh.

The masses were, of course, euphemistically called Dignity Masses.  That type
of mass was completely banned by Rome, due to the doctrinal falsehood that
it perpetuated.  Yet, Wuerl spent eight years defying Rome about that one.
Despite Wuerl's public disobedience to the Holy See of Peter and Catholic
canon law, he has the audacity to call today's faithful bishops dissenters, con-
cerning the doctrine of Holy Communion and the reception thereof which
Wuerl violates.

Wuerl is attempting to take over the church and to install his very unnatural and
apostate form of religion.  As best selling author, Malachi Martin once stated,
Wuerl is "NOT Catholic.  "He's just NOT Catholic."


Torquato was reported for spending 1992 to 1997 refusing to keep his hands
to himself.   The accuser had numerous pieces of hard copy evidence to prove
that Torquato knew him very well.  This is significant, because Torquato never
acknowledged in public or in private that he knew the person.

During the time when I learned about Torquato, I was dating a bank teller named
Lisa ... for two years.  Well, Torquato once looked up at his play toy, with hands
on his hip in a reverse position.  When I saw Torquato do that, I said to myself,
"Woooo, that's just like Lisa."  Lisa would habitually greet me that way.  Well,
Lisa said she was in love with me, even to the one brother of hers who hated me
severely, and perhaps to the other brother who was civil towards me.  So you can
conclude that Torquato, in applying the same body language toward his play toy . . .

Concerning Lisa's other brother, one night when she and I were going out one night,
and before I got out the of his apartment door, he said, "Now, be good."  He had a
serious, though cordial look on his face.  It was  the look of admonition.  He was an
honorable man, after all.  Back to the subject at hand:

Shortly after Torquato was reported, he retaliated.  I was caught in the middle and
am the prime witness of the ruthlessness of the entire ruling class of the Diocese of
Pittsburgh at that time.  Well, a federal lawsuit was eventually filed against the dio-
cese, on account of Wuerl and Torquato, and ever so coincidentally, as soon as it
was filed, Wuerl sent Torquato to Rome, until the lawsuit was dismissed on juris-
dictional grounds.
Furthermore, after the lawsuit was filed, all harassment of me and of Torquato's
evidence-based accuser ended pronto.

Father James Torquato was ever-so-conveniently stationed in Rome during the
time when the lawsuit was in the court docket.  Wuerl eventually appointed Fr.
Torquato pastor of a Pittsburgh parish, in hypocritical contradiction to Wuerl's
fabricated & undeserved reputation of zero tolerance.  Torquato was given a lot
of tolerance by Wuerl.  The narration on this matter is located at:

The last name of Torquato's accuser and his former street address was erased from
the Jpeg, for the sake of his family's privacy.  By the way, as of the Summer of
2015, I still have the Torquato evidence,  During the first wave of the Torquato
Retaliations, I had to make an added effort to protect the evidence. 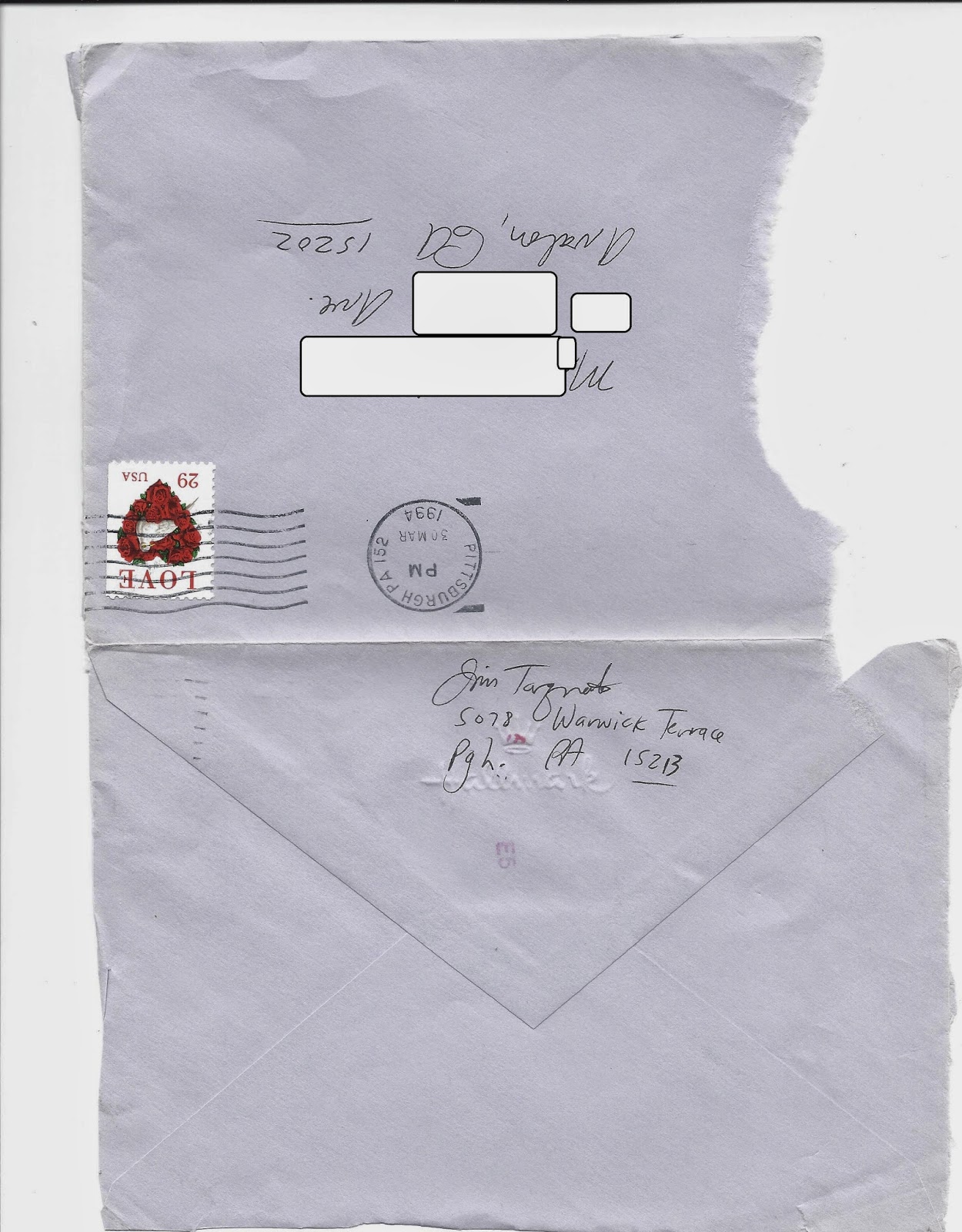