Cardinal Wuerl did NOT write or co-write the The Teachings of Christ, as was falsely claimed.

... and the Library of Congress always stated it that way.  Wuerl was merely
one of three editors, and the other two editors, the Lawler Brothers, did the
bulk of the work. 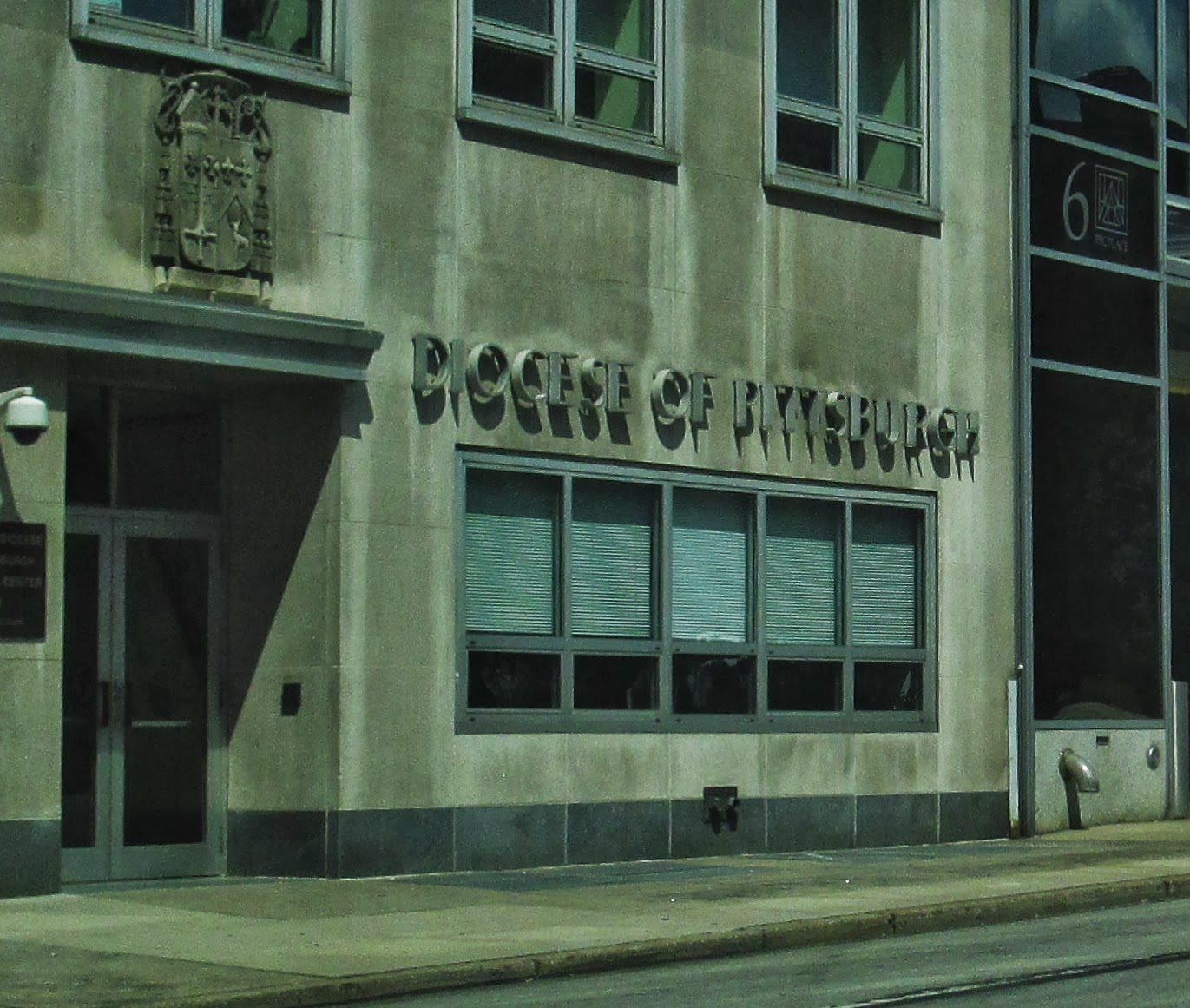 Everything about Cardinal Wuerl is either an
outright lie or a very underhanded sleight of
hand deception.  He is heralded as the author
of a book he never wrote.  He is praised as
the bishop of zero tolerance, despite being
among  the first ones caught  covering-up
criminal priests.  He is then hailed as John
Wright's protege, as if such a thing is good.

During college, I used three catechism books for my introductory Catholicism
course, three years before I would enter the Thomistic Philosophy level of study.
One  catechism book that I used was John Hardon's Catholic Catechism.  It was
published in the vicinity of 1975.

Another one was the Teachings of Christ,  and the third one was a book that
was later declared heretical, where the author was  "invited" by the Holy See
to amend the contents within it.

On a metal-frame desk purchased with S&H Green Stamps, as I first looked at
the the authorship page of the Teachings of Christ, the name "Donald Wuerl"
did NOT register in my mind.  This shows how much of a minor contributor
to the book he was.

None the less, after college I would read the cultic Ann Rodgers and a few
other people state that Donald Wuerl single-handedly wrote the Teachings
of Christ that I held in my hands during my college days.  It was a surprise
to have read this.  I wondered how I could have been so unobservant that I
didn't notice that which Ann Rodgers and a few others claimed.  If Wuerl
were the sole author that book, then what were those other names doing in
the authorship page, aka Title Page?

Well, after I looked into the authorship of the book, I saw that the Library
of Congress NEVER declared Wuerl the author or co-author of the book.
Ann Rodgers once again lied, and it was affirmed to me that I wasn't los-
ing my mind, after all.

Furthermore, Wuerl had a photo session of himself, where he was seated in
front of the camera while holding a copy of the Teachings of Christ.  This
created the illusion that he was the sole author of the book he never wrote.
Civilized protocol is that you never have a photo taken of yourself while
holding a book that you never wrote.  Wuerl was deliberately creating
the illusion.  I never had the audacity to be photographed while hold-
ing the anthologies which carried my writings, being that there were
more authors involved in those publications than me.  Who else
would do such a thing other than a narcissistic or manipulator,
in the quest to make himself look elite?


The most notable feature about the compilation and editing of the Teachings
of Christ was that there were so many writers involved in the writing of the
book's manuscript that there was a notable difference in writing styles among
the book's co-authors.  Therefore, the prime objective in editing that book was
COHESION in its writing style.

Now, the Library of Congress and a source of mine acknowledged that there
were THREE editors of the book, with Wuerl being only one of them.  The
task of the day, concerning the Teachings of  Christ, was to blend the many
authors' writing styles into one cohesive syntactical style.

The bottom line is that Wuerl takes much more credit than what he deserves
in a lot of things, and he never admits wrongdoing in the outrages which he
orchestrated and/or ratified.  Such is the way of any peacock throne bishop.
Such a person always has to have the spotlight shining on him and he always
has to be the center of attention.

The Ann Rodgers articles which make Wuerl sound like a divine god who
does everything are nothing more than very impish and gauche pieces of
propaganda written by one who thinks that you are stupid and gullible.
Feel free to break out of Ann Rodgers' hypnotic trance, as she describes
Wuerl as Beowulf, Version 2.0.
The Actual Game

Now, the game being played is this:  Wuerl is being made out to be the ultimate
teacher of Catholicism who cannot be questioned by anyone anywhere.  Com-
ment boards and Rodgers used phrases to describe Wuerl such as, "magnificent
obsession," "great teacher," etc.

So, the game plan has been to make it look as if anything that Wuerl says has to
be instantaneously believed as the Truth of God by every Catholic everywhere.
Then, after this goal gets accomplished, you'll suddenly hear Wuerl (or someone
in the name of Wuerl --- or some conference headed by Wuerl) state that the Sin
of Sodom and Sodomite attraction is a good and holy thing ... even to the point
of being regarded as the Eighth Sacrament of the Church..  Very predictable.

The Sodomites will shove this down your throat, saying,  "Yeah!  Yeah!  See?
See?   Wuerl said it.  So, you gotta believe it.  He's the ultimate teacher.  You
have to let all the homos smear Vaseline all over church furniture  ...  because
Wuerl said it was holy."  In other words, Cardinal Donald Wuerl is seen as the
gatekeeper by the homosexual world who waits for him to use his influence and
declare homosexuality acceptable ... in the wait for him to accommodate the
Sin of Sodom in the Catholic Church.

Q:  And why Wuerl?   ANS:  Because he promoted Dignity Masses for eight
consecutive years, in complete defiance toward the Vatican who banned that
type of Mass.  For years, Wuerl, by his actions, was saying, "Up yours," to
the Vatican in a blatant display of contempt toward the Chair of St. Peter.
He then has people go about acting as if he is as infallible as St. Peter.
Wuerl follows suit in changing doctrine as his convenience, even to
the point of calling someone as doctrinally basic as Cardinal Ray-
mond Burke the dissenter.

Of course, Wuerl does NOT possess papal infallibility.  He is NOT a one-
man Magisterium, and he has been cited speaking heresy.  He makes up a
doctrine in the image and likeness of himself.  Yet, he doesn't go out and
start his own religion, presumably because he won't get much of a follow-
ing and because he will no longer be able to live in the Marie Antoinette
type of comfort.

Being that there is a push (by one faction) to have Wuerl regarded as the
ultimate teacher of all Catholicism, you need to accentuate the fact that
Wuerl did NOT write the Teachings of Christ whenever someone says he
did.  Counter the deifying of tiny Donald Wuerl, the Elevator Shoes Kid.

All in all, anyone can write a catechism book.  In fact, no one ever writes a
catechism book.  A person simply passes on the teachings of the Apostles
which were handed down to him/her.  The writing of Catholic catechism
had long since been done.  No one has the power or the right to change
Catholic doctrine as much as no one has the right to change the books
which comprise that Old and New Testaments, as the admittedly con-
stipated and flatulent-afflicted Martin Luther did.

To think, Luther was supposed to be the new enlightenment, yet he was
clueless about the existence of fiber, probiotics, ketogenics, displacing
uric acid, adaptogens, isolates,  etc.  Anyway . . .

When you finally break out of the Ann Rodgers hypnotic trance that makes
a person assume that Wuerl is the greatest thing since sliced bread, you'll
notice the wolves prowling among the sheep, all the while noticing that
each of them are either masquerading as angels of light or pretending
that they have a new discovery about Catholicism that requires the
2,000 year old doctrine to be changed.  Such males who do so are
simply not man enough to live Catholicism.  As a result, they end
up making Catholicism look like a buffoonish joke.