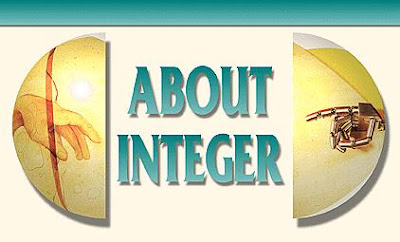 For those unfamiliar, Marcial Maciel Degollado was the disgraced founder of
the Legionaries of Christ religious order, as well as co-founder of an advertising
agency called Integer.  The name refers to "integrating" the worldly with the con-
secrated.  The Legionaries' lay member affiliate is Regnum Christi.

Maciel founded the religious order at a young age.  This is not uncommon in the
history of the Church, in as far as goes groups of religious companions.  What was
uncommon was that Maciel was hospitalized for morphine addiction, and then was
suspended under the rule of Pope Pius XII.

In having been found to be the most notorious molester in the history of the Cath-
olic Church, Maciel was ordered by Benedict XVI to go to a monastic setting for
the remainder of his life, to do penance.  Maciel apparently never did the penance.

None the less, such an order (to do penance in such a setting) is a common thing in
church history.  Yet, at his death, Maciel did the unexpected.  He refused the final
sacraments of the Church, showing how much he did not believe in Catholicism.
He was only using the church for personal gain, all the while deceiving people
into thinking that he, the ultimate molester of the ages, was a great saint.

In light of this, to have been affiliated with the notorious Marcial Maciel was to
have have been a terrible judge of character, void of astute observation skills.

Titled, Integral Formation of Catholic Priests, Wuerl's 1992 preface stated,  "I
renew my expression of gratitude for your gracious invitation to be associated
with this publication of so positive a contribution to priestly formation today."

As you can see, Wuerl was promoting himself.  The result was a cardinal's hat
given to him shortly before the wave of economic disaster, revolution, & protests.

The aforementioned illustrates that Wuerl is either a pathetically clueless judge of
character or else he was a part of the infernal Maciel experience.  Whatever be the
case, it also shows that Wuerl was a strategic opportunist who sought to have his
name associated with greatness.  Well, he got his wish.  He was associated with
the greatest serial abuser that the Roman Catholic Church has ever been known
to accommodate.

Incidentally, there was a time when Wuerl allegedly went to the home of a rela-
tively prominent family in Florida, where he was joined by Maciel for dinner
and whatever else.  He had the opportunity to detect if there were something
wrong about Maciel.  Either Wuerl's radar was dead or else he ignored every-
thing evil about Maciel that he came to observe.  To say the least, Wuerl did
not save the church from Maciel.

For evidentiary support purposes, in the event that someone dares to deny that
Wuerl had an association Maciel the Molester, know that the ISBN-10 number
of Maciel's banned priestly formation book is 096516030 and that the ISBN-13
number is 97809516131.  The publisher was Circle Press and the publication
date was 1992.

By order of Benedict XVI, all literature attached to the name of Marcial Maciel
Degollado was banned.  Now, take note of Maciel's integration theme, as in the
Integer Group (advertising company) and Integral Formation (the banned
book.)  Apparently, Maciel was intent on integrating the sacred with the pro-
fane, the worldly with the non-materialistic, and Heaven with Hell.  Maciel
got the Hell part right.

All in all, Wuerl was associated with the life-destroying monster, Marcial
Maciel Degollado, showing Wuerl's absense of good judgment of character.
After all, Wuerl chose the retaliatory James Torquato who couldn't keep his
hands to himself for secretary, while barring the ordination of a credible dea-
con whistle-blower.

Wuerl was also associated with the notorious John Cardinal Wright, being that
he was Wright's long-term personal secretary.  He rode Wright's coat tails to
the top.  In case you haven't noticed, Wuerl was subliminally running for pope.
The campaign started when six-figure Bill Donohue wrote a promotional piece
on Wuerl.

Needless to say, the teeth-gritted and unathletic Pillsbury Doughboy look alike
was never tough-guy enough to have mentioned Wuerl's documented cover-ups
and Wuerl's retaliation against the school children of the now-defunct Risen
Lord Parish School, on account of their parents' televised protest of Wuerl.

Other outrages of Dignity Mass Don were concealed by the Bill Donahue who
turned the Catholic League into a one-man operation with teeth-gritting during
his verbal comments. However, Donohue's writings are NOTon the front page
of the big three search engines, namely Google, Bing, and Yahoo!  Yet, the two
Wuerlgate sites were and the one consolidated Wuerlgate has been there since
2014, making to the front pages without a penny being spent on advertising.

Of course, expert witness and author Richard Sipe made the main Wuerlgate
site known, and such a thing did contribute to the fact that Wuerlgate .was
front page search engine material for years

Bishops should be concerned with teaching the faith instead of advertising
themselves.  Plus, the founders of religious orders should not start advert-
tising companies, as did Maciel.  Wuerl has had a peacock throne tenure.
His greatest negligence, showing him to be completely heartless, cold,
and ruthless is his long-term neglect of the sweatshop workers through-
out the world.  Pope Francis I called such work slave labor.

A number of entities attempted to get Wuerl to do his duty and speak out
against sweatshop labor profiteering.  Wuerl did no such thing, especial-
ly when he was in Pittsburgh, the former labor rights capitol of America.
Pittsburgh is the home of the first labor union.

In as much, the time Wuerl spent on procuring the Dignity Masses should
have been spent starting action to end sweatshop labor profiteering.  This
shows how out of touch with reality and history Wuerl has been.

Apparently, Wuerl believes that there should be a slave class in existence,
to serve him.  Well, Wuerl's ultimate destiny, therefore, will be no different
than the aristocracy of late Eighteenth Century France, as well as the destiny
of the former Confederate South, in its obsession with Chattel Slavery.  His-
tory repeats itself. To refuse to learn from the lessons of history is a guarantee
that you will relive them.

Keep in mind that Maciel couldn't care any less than he did about the rights
of workers, while he was hitting up industrialists' widows and heirs for the
vast fortune Maciel was able to extract from such people.  Yet, without the
worker no city can be built (as the Bible expressly states) and no man can
become wealthy.

All in all, Maciel sided with wealthy industrialists and Wuerl was alleged to
have kowtowed to the wealthy also.  Maciel engaged in unnaturalities and
Wuerl supported Dignity Masses.  The two had more in common than you
might realize.

Now, I have received allegations about Wuerl's private conduct, from the
Years 1999 to 2012, but I have not made them public.  1] There is the need
to protect certain persons' identities.  2] For allegations so serious, I require
more corroboration.  3] The social justice issues are more important to ad-
dress than Wuerl's private conduct.  This includes the issue of the exploit-
ed workers throughout the world, being that the bishops are required to
speak out against such evil and to start movements countering the same.