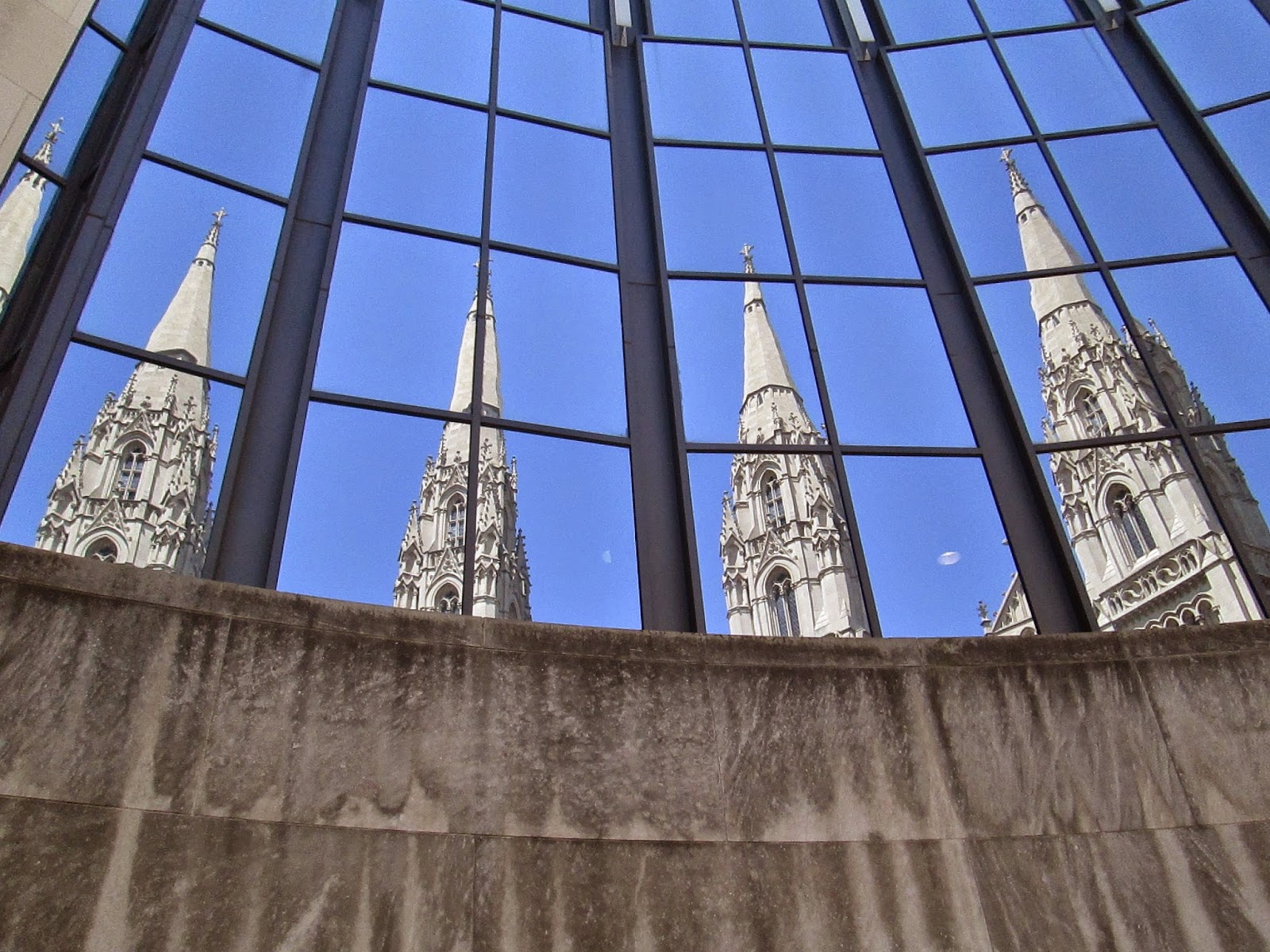 Always keep in mind the final assessment made of Tim Bendig,  the accuser of
Anthony Cipolla.  Aside of a Diane Thompson whose newspaper testimony was
found to contain outright lies in it, Bendig had zero witnesses, for a civil lawsuit's
trial that Wuerl prevented from happening.  Cipolla had 71+ witnesses, some of
whom were going to testify as to how much a liar and troublemaker Bendig was.

The first assessment of Bendig was made by Donald Wuerl himself, before Wolk,
Zula, and Pucci were arrested.  This was before  Washington County PA  district
attorney John C. Pettit accused Donald Wuerl's then-diocese of foot dragging and
uncooperative conduct throughout the criminal investigation of Donald Wuerl's
Triple Cover-up.  Wuerl assessed Tim Bendig as being NOT credible.  The final
assessment is that Bendig has been a chronic liar.

Take note that I keep calling Bendig a liar, yet he does not sue me.  In fact,
I warn you to stay away from him and have no dealing with him.  Now,be-
ing that Bendig is a chronic liar, there is nothing that he has stated which
could be reasonably guaranteed as true or false.  All that can be done is
showing Bendig contradicting himself.  Here is an example not yet re-
vealed in any public forum until now:

Bendig claimed that, as a part of his out-of-court settlement, he is not to
enter any Pittsburgh diocesan church.  Of course, such an agreement
would be a violation of canon law and civil rights ... and no violation
of civil rights is enforceable in any out-of-court settlement.  Moreov-
er, Bendig's contradiction came in the fact that David Zubik invited
him back to church, and made a media spectacle out of it.  Thus, we
have yet another instance where Tim Bendig is nothing but a liar.

Shortly after Bendig received his six figure settlement from Donald Wuerl, he
started a support group for those abused by priests.  It made for an effective
front, except for the fact that Bendig quickly abandoned the group he started,
leaving the operation and maintenance of it to an individual who once had "an
affair" with a priest ... allegedly.

One meeting actually involved SNAP, Survivors' Network of those Abused
by Priests.  During this meeting, a woman who co-owned several Hallmark
Card shops with her husband addressed Bendig's mother, saying, "You are
the most negligent mother I have ever encountered in my life."

Upon hearing those words of admonition, Tim Bendig immediately lunged
for the lady.  He did this in a public forum.  Quite frankly, is wasn't known
if Tim Bendig's actions were a matter of theatrics or the absence of discipline.

In addition, Bendig's brothers' were alleged to have been bullies toward a
couple middle aged women, even to the point of denying them entrance in-
to a certain meeting.  Moreover, it was alleged that Bendig charged an ad-
mission fee for his meetings.  This would be in keeping with a predictable
money-grabbing con artist, if the allegation is true.  The sources, to say the
least, were credible.

Of course, Bendig claimed that he needed all that money for intense psychia-
trice treatment.  The liar took the money and purchased the Two Step Restau-
rant from the Levitsky Brothers.  The business quickly failed.  Meanwhile,
Cipolla's life was destroyed.  At present, he is disabled and has zero income
from the Diocese of Pittsburgh.  Yet, even if he were as guilty as the liar Tim
Bendig claimed, the diocese still had the canonical obligation to send him a
monthly pension check, otherwise known as a stipend.  Wuerl and his minions
have been starving out Cipolla for over twenty years.

One more thing for now:  Zubik (the bishop who heartlessly caused the suicide
of sex abuse casualty Michael Unglo) made it look as if Cipolla drove Bendig
away from the church.  A source stated to me that the Bendigs didn't go to
church, even years before Bendig approached Cipolla.

At this point keep in mind the allegation spoken to me long ago and recently
ago:  Bendig allegedly said that he "can con anyone into doing anything."

Donald Wuerl ... Not a man of gentleness and/or peace

A middle aged woman attached to the upper-middle class world alleged that
she once approached Wuerl and asked him to place Cipolla back into ministry.
Upon hearing this, Wuerl allegedly grasped on to one of the woman's hands,
squeezing it to the point of causing the woman significant pain.  Wuerl would
not let goof the woman's hand while squeezing it, she alleged.  If this allega-
tion is true, then it shows how out of touch with reality and out of touch with
others Wuerl is.

In the Torquato case, the Sotak case, and the Cipolla case, as well as other
ones, Wuerl showed how indifferent he is to the sufferings of others.  Wuerl
even caused a woman physical pain, due to his temper.

A man of peace Wuerl is NOT.  As I had long since stated in a communication
to the administrators of the Diocese of Pittsburgh, all that they ... and Wuerl ...
... were accomplished at doing was causing pain.   Those who think that they're
Wuerl's right-hand men and women in possession of privileged status stand to
one day go into shock at Wuerl's scorpion sting.

This original assessment was made before Wuerl found himself in need of a
smokescreen which would make him look like the strict disciplinarian he was
not in the cases of Wolk, Pucci, Hoehl, and Huff, as well as Fr .James "the
Retaliator" Torquato who spent years not keeping his homosexual hands to
himself.

The assessment of Bendig as perpetual liar was reinforced by the emails & ac-
companying threats that he sent me,  as well as the game he played in the Year
2010, shortly after expert witness & author, Richard Sipe, made my name pub-
licly known, in a complimentary fashion.  Before that time, I wrote under the
alias, Atlantic America, being that I wrote over 200 articles while living at the
Atlantic shoreline.  Bendig should have taken this into account before he be-
gan his very false rumor.

For those unaware, in 2010 Bendig attempted to spread the rumor that my
Wuerlgate articles were written by a "private investigator" in Pennsylvania
who was "under investigation" by law enforcement authorities there.   I shut
down that rumor quickly, pointing out that my website's name was enough
for a reasonable person to realize that the contents therein were written some-
where along the Atlantic coastline.  The name at the time was Atlantic Amer-
ica sites.  This simple observation zipped over Bendig's head.

Of course, I don't talk to liars, and I never let myself be in their company, lest
they lie about what I said in their company.  In addition, I was over 700 miles
away from Tim Bendig at the time, and he somehow couldn't fathom this con-
cept.  For some reason, he acted as if I could drive 20 to 40 minutes and meet
with him.  The alternative was that he was lying about his intent of showing
me the deposition, illustrating how pathetic of a con artist he is.

In conclusion, if Wuerl weren't in need of a scapegoat, namely the Anthony
Cipolla who was found to have ZERO nexus with any homosexual subcul-
ture, Bendig would never have received a settlement two days before the
jury selection of a civil (lawsuit) trial which had 71+ witness lined-up to
testify on Cipolla's behalf . . .  and ZERO witnesses to testify on Bendig's
behalf.

Now, liars have a tendency toward violence, as was indicated in the Book of
Isaiah and elsewhere.  In as much, Bendig and Wuerl are both known for hav-
ing tempers.  Of course, Donald Wuerl was repeatedly illustrated in having
lived a lie for years, going so far as to orchestrate the lies he had the Pitts-
burgh media toss to the public.  In as much, when in the presence of ladies,
NEITHER Bendig NOR Wuerl were ever reputed for any type of suave &
gentlemanly behavior.  In fact, the word, "manly," is an oxymoron when
it applies to the cardinal whom insiders in Washington DC call "Wuerl
the Girl."