The names of the individuals pertinent to this post will not be mentioned
herein, being that they have already been disclosed to the attorney general's
office, in Harrisburg, PA.  None the less, those individuals are the one pre-
sently in charge of the public good and the safety of Southwestern Pennsyl-
vania residents.  Moreover, the post concerns the young Bobby Butler who,
back in 1989 knowingly and willingly shot a fellow student in the back of
the student's head ... while seated on a school bus ... followed by Butler
pointing the same gun to his own head, and pulling the trigger, thereby
dying instantly.

This post comprises the fact that today's people in power in the Pittsburgh
vicinity have rewritten history, as to the Bobby Butler shooting which oc-
curred on the grounds of Serra Catholic High School.  Tthe official assess-
ment of the Serra Catholic attempted murder and successful suicide now
goes as follows:

1}  that the shooting was entirely accidental, as if a handgun accidentally
fell into Bobby Butler's hands, while he was riding to school via bus,

2} followed by Butler being so distraught that he shot himself.

The pertinence of this history rewrite goes as follows:  Attempted Mur-
der has no statute of limitation in Pennsylvania, and there is such thing
as obstructing justice in an investigation that suddenly became truncat-
ed.  PLUS, the geographic area involved was Father John Wellinger
Country.  Thus, this attempted murder and successful suicide goes
deeper than face value.

The operative question here is:  How stupid do they think we are?  The
answer is:  They obviously think that we are mindlessly gullible "little
people."  Well, the "little people" spoke in November of 2016 and said
that they do not want someone as corrupt as Hillary Clinton running
their lives.  Well, there is obviously a bit more weeding needed to be
done in America. 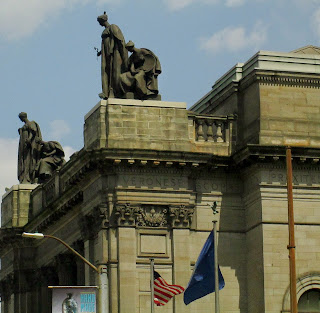 The background of the true case:

While a school bus was parked at the Serra Catholic school grounds, for yet
another ordinary day of schooling, a  young Bobby Butler took a handgun
out of his pocket, pointed it at the back of the head of the student sitting di-
rectly in front of him, and fired into the fellow student's head.  Bobby then
took the same handgun, pointed it at his hand, and fired away for the last
time, ever.

Everything occurred in one contiguous motion.  The whole thing was pre-
meditated.   Butler knowingly did what he did.  Furthermore, Butler was
found to have had a morbid obsession with death, even to the point of
writing numerous comments on the photo of a cemetery scene.

Now, this occurred in 1989,and youths' obsession with the occult ... and
even animal sacrifices ... had been a topic of occasional conversation on
Pittsburgh area radio talk show programs during that time span.

Of course, it was also a time when the American youth were kept spiritual-
ly starved and spiritually neglected.  So, some tried to find fulfillment in the
black arts.  Bobby Butler, at the very least, had an affinity to the macabre,
as was evidenced by what he left behind.

Okay then, the fact that Bobby Butler willingly pulled a trigger behind a
fellow student's head and then pointed the same gun at himself, firiing
away in the process ... and doing so without taking time to think ... was
understood as an open-and-shut case .... in 1989, 1990, 1991, etc.  Then
came the recent rewrite of history.
NOW ... it's obvious that those gentlemen had no experience in construction
and/or engineering, being that they showed that they have no knowledge of
of the academic discipline known as Strength of Materials.  Observe:

When you are being trained to be a personal body guard ... or police officer,
you are taught that an assailant's bullet can pierce through a car door, a car
hood, etc.  You are told to position yourself in such a way that your vehicle's
engine block is between you and the gunman firing at you.  If the gunman
is at the front righthand side of vehicle, no matter how many feet away from
your car he is, you are to hide at the left-rear of your car, so that the engine
block will be your shield.  You then exchange gunfire with the gunman try-
ing to kill you.

So, what does this mean, in terms of the Bobby Butler suicide that was pre-
ceeded by an unsuccessful murder attempt?

ANS:  If the gun in the illegal possession of young Bobby Butler had fired
by accident, only one of three things would have happened:

2} or it would have gone through the a bus seat cushion. possibly hitting
the floor and ricocheting at an angle away from Butler and the student
sitting directly in front of him,

3} or a super rare, freak accident would have comprised the bullet hitting
the vertical portion of a bus seat tubular frame, thereby hitting the stu-
dent sitting directly in front of Butler in the SIDE of the head.  How-
ever, the fellow student of Bobby Butler was hit directly in the back
of the head.  Thus, there was no ricochet.  There were only people
in positions of power who need to be fired and never permitted to
be in any public servant post.

This rewrite of history is why there is a grand jury investigation transpir-
ing at this time, focusing-in on the Roman Catholic Diocese of Pittsburgh.

Incidentally, there were notes written by the main local law enforcement
officer of the time of the shooting which were preserved.  The gentlemen
in charge of our safety in the Year 2017refused to look at the notes written
by the law enforcement man closest to the case at the time.  That's corrup-
tion squared and cubed, ladies and gentlemen.  Are you going to sit back
and take this?  we already got rid of Hillary.  Let's get rid of a few more
corrupt entities that make a mockery out of the experiment known as the
United States of America.

You know, we "little people" are the ones who built the roads, sidewalks,
skyscrapers, bridges,swimming pools, museums, stadiums, & malls used
by those presently in power who are so arrogant that they don't think that
they never have to answer to you, the People.  In as much, if we are smart
enough to make cities & suburbs, with their utility lines, drainage systems,
power grids, hospitals, fuel storage units, and other modern conveniences,
then we are smart enough to know when those in charge of our safety are
lying to us, all the while playing the role political puppets.

If you have any info on the corruption of the Diocese of Pittsburgh, you
are welcomed to present your knowledge of such corruption to the spe-
cial agent in charge of the present grand jury investigation.  If you do
not know what to do ... or if you are afraid of retaliation ... then you
can contact me about it.  If you want me to be the messenger and de-
liver it to Harrisburg with you remaining completely anonymous, I
will be able to get your evidence and/or witness accounts into the
correct hands ... plausibly.  After all, I have already been the target
of an attempted "neutralizing" (back in April of 2016).  So, I'm de-
finitely battle-hardened.  Come on.  Let's take our country back and
let's get our church back.

If you are still reluctant, then think:  If Julius Caesar can be tossed out
of power suddenly, and if Nero Caesar can succumb to an angry mob,
.... and if mighty Napoleon Bonaparte can be left stranded on an island
of exile ... and if Al Capone can be toppled from his imperial thrown ...
and if John Gotti can die in prison ... and if presidential shoo-in Hillary
Clinton can be shooed-away by the American voter ...  and if Adolph
Hitler's mighty war machine be turned into a mass of  wreckage ...

then you can take down anybody. 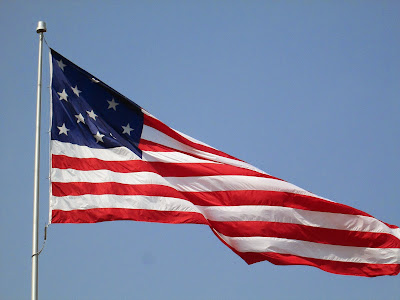