Engel Severely Misrepresented Elements of Law ... to the point of lying ... to fit her story and make it sound like the truth. 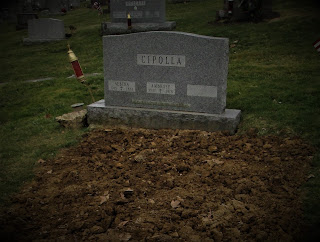 All she had to do was wait for the PA Grand Jury Report.  Instead, she was ar-
rogant enough to have believed that her Cipolla story was anything other than
a hyper-exaggeration that proved that she knows nothing about American law.
She comes off as a know-it-all, but she knew ZERO about law.  After 70+ yrs
of living, you would think that she would have learned a little bit of American
law.  No.  Not at all.  Such a person is usually nothing more than a gossip, too
lazy to learn law or basic economics or basic physics or basic statistical analy-
sis, etc.

Now, let's get to an element of law that Engel pathetically massacred, in Randy
Engel's attempt to explain it:

She stated that Anthony Cipolla was arrested upon Diane Thompson "pressing
charges" (which is 100% false) and then had a conspiracy machine get into action,
with the help of then-Bishop Vincent Leonard, that forced the same Diane Thomp-
son to drop charges under duress (which is 110% false,) followed by Thompson
signing a sheet or two of paper that enabled Anthony Cipolla's criminal record to
be expunged.  Got it, so far?

Firstly, the retired officer, MARK NINEHOUSER who was said to have arrested
Cipolla told me that he never did such a thing.

Engel also said that the expungement process is STARTED by the accuser of the
person whose criminal record is sought to be expunged.  Woooo doggie!  Some-
one has checked-in to the Non-Reality Motel.  Why would anyone who accused
a person of a crime want to have that person's record disappear and then to have
that person walk free???

The following is what an expungement  actually is, and it's very simple to explain:

An expungement consists in destroying all vestiges of the defendant's arrest and due
processing thereof.  It destroys more than the paperwork.  I am not getting into detail
what is actually destroyed and how, because Diane Thompson will use my detailed
explanation in her next set of lies, if I publicly post it.

Now, Engel said that expunged records are sealed and placed in a secret archive.
FALSE.  They are entirely destroyed, a la paper shredder.  Even evidence gets
a visit to a trash can.  None the less, concerning Engel's false definition of an
expungement:

More importantly, expungements have a FEE attached to them.  Depending on the
city and state, the price is $200, $250, $300, $400 or so.  Now, it costs money to
expunge a case.  THUS, if Engel were correct in stating that an expungement is
started by the accuser of the defendant, then the accuser would have to pay the
expungement fee.  Do you realize how erroneous Engel is?  The defendant has
to pay the fee.
Now, let me show you how much Engel knows NOTHING about law.  You will
see her asininity in the following comment that she made in her three-part article.
Let's go to it:

Engel made reference to the 1989 Beaver County DA's formal findings on the in-
vestigation started by Tim Bendig's private criminal complaint against Anthony
Cipolla.  The findings were that there were no grounds upon which to file crimi-
nal charges against Cipolla.

Now, what is completely asinine about  that statement by which it proves that Engel
knows nothing about law and doesn't think rationally?

ANS:  Bendig's accusations of 1981 to 1986 involved acts that he alleged were com-
mitted upon him IN AN ENTIRELY DIFFERENT JURISDICTION.  They involved
Allegheny County, and the Beaver DA cannot file criminal charges against anyone
for allegations said to have been committed in another county jurisdiction. 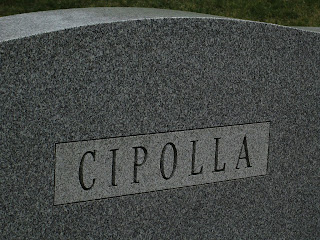 FURTHERMORE, Tim Bendig tried to get Cipolla criminally indicted in Allegheny
County, but failed.  The DA's assistant denied Bendig's private criminal complaint,
on the grounds that there were NO GROUNDS upon which file against Cipolla.

Why didn't Engel mention the Allegheny County DA's office denying Tim Bendig
his petition to have Cipolla indicted?  And why did she never mentioned the Oak-
land NJ Police Dept giving Cipolla a plaque of appreciation, thereby showing that
those policemen never had reason to suspect him of being a molester?

Oh, by the way, concerning the damning allegation of a 70 year old convenience
store owner hitting young Tucker in the face, for accusing Cipolla of molestation,
do you really believe that that overly theatrical story ever happened?  Now think.
Diane Thompson's name was NEVER in the newspapers, never on television, and
never on the radio.  Tucker's name was never in the papers, on TV, or on the radio.
So, how would that store owner have known that Tucker made the accusation, in
the first place?

Did such a store owner exist?  The story is too theatrical to be taken seriously.

In addition, we are talking about a major American metropolis here.  How many
70 year old seniors work at a store that is corporately owned, (or are corporately
leased)?  When was the last time you saw a 70+ year old gentleman working in a
metropolitan convenience store?  Keep in mind that, in 1978, the retirement age
was 65 years old, and when you talk about metropolitan convenience stores, you
are probably talking about corporate franchises or corporate land being leased.
This is NOT Melbourne Florida we are putting into focus.  It's a major league
city being put in the spotlight.

And then there was mention of a Bernie Thompson suddenly dying in the State
of Florida where I went to college.  Engel stated that he was hit by a car while
crossing the road/street/hightway, trying to get a homeless man a "decent meal."

Being that one of my alma maters was a Florida university that borders the Hills-
boro River and West Kennedy Blvd, I am very familiar with the homeless.  What
a person usually did, if he didn't ignore the homeless person, was give him money
and let him get the meal himself.  Plus, some of those guys were super harassing
people.  A person would cross a street / road / or highway, just to get away from
the overly obnoxious homeless person.  When fleeing someone pushy, we some-
times don't look both ways before crossing the street.  None the less . . .

I could neither find any article about a "Tommy Thompson" taking his own life at
the hands of sleeping pills or pills similar, despite my subscriber's access to over
a thousand American newspapers.

Then comes the Mexico Street allegations in the Engel article ... for another time.
I am supposed to be back in Pittsburgh for a short stay in January of 2017.  I will
be able to photo-shoot this Mexico Street and show you something enlightening.

All in all, nothing in these damning allegations fit.  Now, I am all for reporting
Anthony Cipolla as a molester, but all of the articles that damn him to the pits
of Hell are bullet riddled with fact-checked lies..

Oh, and then there is a "medical report thing," about traces of a lubricant coming
from a hospital.  Very simply, if it did exist ... and if it were sent to "detectives,"
it would have come from THE FORENSICS LAB.  Thus, if Engel would have
stated that the "report" came from the Forensics lab, her paragraph on the sub-
ject would have carried a bit of plausibility.

You know, magistrates are known to order forensics testing.  Was there any ma-
gistrate ordering any testing in this case?  That's another reason why the Engel
article and Thompson web log posts are easily recognizable as frauds.  There is
no mention of a magistrate being involved.

Keep in mind that Bendig almost had me conned, until he stated something I knew
to be a lie, and then Bendig changed his story three more times, making him even
more of a liar in my eyes.  If I weren't a document hunter, Bendig would have suc-
ceeded in conning me as he succeeded in conning Engel.   Engel has gotten lazy.

None the less, there is a way to tell if Bendig is lying, if you can see him speaking.
I declined to interview him in person, because he is a liar, and I couldn't risk him
claiming that I said something that I never said.  So, I avoided him.  HOWEVER,
if I could interview ... interrogate ... Bendig in a public setting with a camera pre-
sent (to prove I didn't threaten him, etc.,) I will be able to tell if he is lying, line
item by line item.  I will then be able to follow the cues and find out, once and
for all, if he were ever physically invaded by Cipolla.

All in all, Randy Engel is NOT the guardian of truth.  There is more to convey
to you.  I have to look at my notes and take some reflection time, before writ-
ing more.  Anyway, Engel is no Shakespeare, to say the least.  At the Florida
university I attended, he was referred to as Willie the Shake.

I have to go right now:  You know how it goes:  Chicago.  Minus 11 Fahrenheit.
Night driving.  Have to go check on a company vehicle.

Till the next time.