Evidence that Wuerl deliberately orchestrated a misleading hyper-exaggeration, in the Cipolla Case

For those new here, the Cipolla Case was the one which rocketed Cardinal
Donald Wuerl into stardom.  The man formerly known as Father Anthony
Cipolla was made out to be a monster molester who was allowed to "get
away with it" until mighty Donald Wuerl (all 5'4 inches of that elevator-
shoed narcissist) came on the scene.

Now, Chicago journalist, Mike Volpe, and I saw the official paperwork which
only mentioned Depression & Suicidal Tendencies as the diagnosis conferred
upon Cipolla.  So, you can ask Mike.

Incidentally, Mike is Jewish and NOT Italian.  I mention this, so that you will
not think that I have an "Italians-only club."   Plus, Michael is NOT Catholic.
This means that propagandist Bill Donohue of the one-man Catholic League
can't play the disgruntled-conservative-Catholic-right-wing-kook card that he
played, when dealing with Church Militant director, Michael Voris, and cre-
dentialed D.C. journalist, George Neumayr.  Donohue is going to have to em-
ploy another ploy, to get the reading public to shun Mike Volpe.

Anyway, in his Vatican Signatura pleadings, Wuerl made it sound as if An-
thony Cipolla were so immersed in suicidal tendencies that Wuerl had to
dismiss him from all ministry.  Wuerl made the Saint Luke's diagnosis
his justification.

In as much class, to tell me something.  What is deadly wrong with this picture
painted by Wuerl and the press?

ANS:  If Donald Wuerl really did believe that Anthony Cipolla was severe-
ly suicidal, then he would have called the police and filed a "302" on
Cipolla, thereby getting Cipolla involuntarily committed in a mental
institution, on account of him "being a danger to himself."  Wuerl
did not do so.

Plus, if Cipolla really were pathologically suicidal, then the police
would have confirmed it, and Cipolla would have been taken to a
mental institution without delay.   He was never committed into
even a 3-day observation court order.

For those unaware, a 302 in Pennsylvania law is the 72 Hour Observation
law.  It means that, when the police show cause, you are taken to a mental
institution, and put under observation there for 72 hours, in order for the
mental health professionals to assess your state of mental health.  If you
turn out to be a danger to yourself, then you stay longer than three days.

The fact that Wuerl never filed a 302 on Cipolla proves that Wuerl didn't
care about Cipolla's well-being and that Cipolla was NOT so severely
mentally ill that he had to be removed from ministry.

Wuerl made sure that Cipolla would never return to diocesan ministry,
because Wuerl was frightened of DA John C Pettit and friends.  If Don-
ald Wuerl would have put Cipolla back into ministry,  investigations in
the plural would have simultaneously been commenced.   Wuerl's private
life and the private life of his former boss, John Cardinal Wright, would
have been uncovered.  The investigators would have learned about John
Hoehl, John Wellinger, and Edward Huff.  Wuerl would not be in the
height of power he is today.

I already stated in print that I saw Wuerl lie and intimidate his way to the
top.  I mostly saw it in the eyes and facial expressions of those victimized
by him. 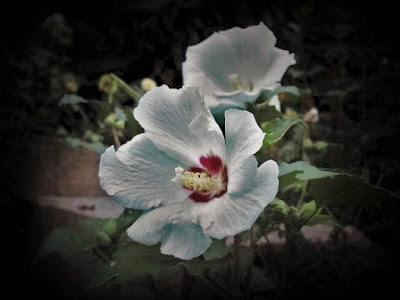