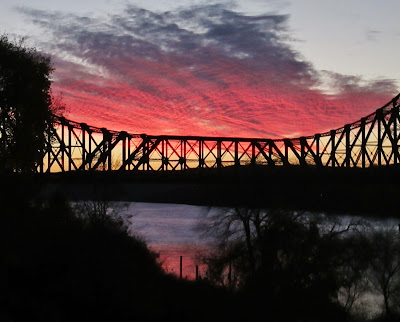 I don't have all the time in the world.  So, this will have to be brief.  If you're
even mildly alert, it will have an impact on you, should you be presumptive
about Randy Engel articles being the end-all judgment of all existence.

She recently wrote a three-part article, where the first two accuse the man
formerly known as Anthony Cipolla of outrageous conduct .... of  the type
of criminal behavior that can get an inmate killed, once the inmate goes in-
to the general population of a prison.  There were blatant falsehoods and
outright contradictions in the first two parts.  In as much . . .

Simply because a person speaks or writes with a confidence and an assured
tone (or rhythm), it doesn't mean that the person is telling the truth. Observe:

In Part 1, Randy Engel mentioned the existence of a Tommy Thompson, de-
scribing him as the second husband of the Diane Thompson who accused
Anthony Cipolla of molesting two sons of hers.

Engel expressly stated that this Tommy Thompson was severely injured
and almost killed in a vehicle accident and explosion while participating
in Special Forces military maneuvers at "the military camp of Spartans-
burg South Carolina, in 1965.  She stated that he was training for a tour
of duty in Vietnam.

Engle made this guy sound like the wholesome, All-American hero who
would come forth to defend all Americans everywhere from Communist
aggression.  She also made this man sound like an ever-so harrowed and
unfortunate martyr who met a cruel destiny while faithfully training with
a Special Forces until at the military base in Spartansburg, South Carolina.

Now, what is wrong with this picture which instantly proves this declarative
statement of such patriotic praiseworthiness to be a complete falsehood????

ANS: Ladies & gentlemen, the only military camp in the history of Spartans-
burg South Carolina was Camp Croft and it was CLOSED in 1946.  It termi-
nated all military operations one year after  the end of WWII.

Furthermore, Camp Croft was turned into a Historic Site where the public can
visit.  Now, no American military maneuvers are ever permitted to be undertak-
en near civilian venues, including historic sites visited by the public.  Therefore,
the allegation in Randy Engel's article is an instantly recognizable falsehood, as
are several other ones, thereby making this article a Kangaroo Court disgrace.

Here is another example of the falsehoods which plague the November 2016
Engel Article, in Parts 1 & 2:

Five days later, an unaccompanied Cipolla came to the Thompson home
dressed in a black cassock and white collar and stood on the stoop of the
open kitchen door.   Tucker was at the kitchen table doing his homework
when he spotted the priest and shouted  "Mom"  and ran away.   Diana
looked up and there was Fr. Cipolla.

Okay, Ladies & Gentlemen, what is completely wrong with this allegation
which instantly proves it to be a blatant falsehood, unless extraordinary cir-
cumstances existed at the time described??????

Do you see what is blatantly false about this declarative statement, outside of
extraordinary circumstances?????

PLUS,  PLUS,  PLUS::::::: July 25, 1978 was the day when Thompson filed
paperwork against Cipolla, accusing him of molestation.  THEREFORE, you
can be assured that Tucker was NOT studying as a special student for Anthony
Cipolla.  He was NOT going to go back to Cipolla for any kind of instruction.
Thus, Tucker had ZERO REASON for doing any homework on July 30, 1978.