Priest interrogated shooting victim shortly after surgery, instead of letting him rest. 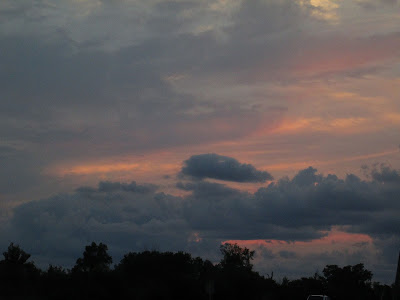 ...  by guest writer Mike Ference, in continuation of his narration of
Donald Wuerl's disregard for the trauma that the Ference family
endured, shortly after and long after the attempted murder of a
young Adam Ference on Pittsburgh diocesan school grounds.

On December 5, 1989, my son was the victim of handgun bullet wound
in the back of his head.  The gun was held inches from his skull before
the shooter pulled the trigger.  The shooter then turned the gun on him-
self and successfully committed suicide.

The prime witness in this event was now dead.  Believe or not, this was
not the worst of it.  What would happen over the next few days, the next
few months, the next few years, and would continue for almost two de-
cades tells the story of just how corrupt and uncivilized the Common-
wealth of Pennsylvania has become.

Teenage suicides, sexual molestation, and attempted murders proved to
be nothing more than inconvenience for the Pennsylvania power mongers
who were present when the exploitation of the political/judicial system
was occurring  –  of a system they continue to maintain for the benefit of
a few well-placed and well-networked persons who don't have the com-
mon good in mind.

After undergoing six or seven hours of emergency neurosurgery, my son
was admitted to the intensive care unit and his vital signs would be closely
monitored for the next several days.  That night, my wife would begin her
14-day vigil, almost never being more than a few feet from our son’s bed-
side.  Meanwhile, the Pittsburgh Diocese would begin its 20 year vigil of
covering up accusations leveled against people employed by the church;
not only Pittsburgh Diocesan personnel, but personnel from the Archdio-
cese of Boston, as well.

On the night of Adam’s shooting, Serra Catholic High School
Headmaster Sysol  (now deceased)  ventured into Presbyterian
Hospital  (now the Univ of Pittsburgh Medical Center).  Sysol
would ask my wife if he could visit with our son.  It was close
to midnight and it had been the toughest day ever for my son
and our close-knit family.  When Headmaster Sysol asked to
visit with my son, my wife thought that she would be going in
with him.  No such luck.

The Questions as to the Headmaster's Intentions

Was Sysol on a mission?  Was Sysol on a clandestine operation, to find
out what, if anything, Adam knew about the shooter who befriended a
Fr. John Wellinger a few years earlier, at St. Clare of Assisi Parish in
Clairton?  Sysol would conveniently be in a position to also check and
see if my son, Adam, knew anything about Brother Kenneth Ghastin, a
teacher at Serra High School who was accused of molesting two teen-
age brothers in 1974, during a time when he taught at the now-defunct
Christopher Columbus High School, in Boston's North End.  This is ac-
cording to an article published by the Framingham Metro West Daily
News.

As far as goes any concern for my son, Sysol had none that I could de-
tect.  He would question my son for almost three relentless hours, ask-
ing the same questions of a kid still dazed by a shotgun blast to the head
and still trying to recover from seven hours of intensive neurosurgery.

Let me repeat:  At Serra Catholic High School, in the Diocese of Pitts-
burgh, at the time when my son was the target of an attempted murder,
there was a member of the Boston Archdiocese stationed there who
was accused of molestation and who had close access to the school’s
male youths.  No one warned us of this.  Instead, they covered up their
mess.

It wouldn’t be until the middle 1990s that the Archdiocese of Boston
would finally reach a financial settlement with the families, concerning
that teacher.  The settlement would include a $30,000 payment to one
of the brothers.  Sadly, according to the paper, one of the brothers who
had a history of drug misuse would die in 1994.  Church files would re-
gard it as a suicide, as if he intended to die from that occasion of drug
misuse, and even though he apparently had no intention to die from drug
use at any time prior.  That is to say, the archdiocese did not mark the
death as an accidental one resulting  from long-term emotional trauma.

For now, that’s the rest of the story.  But plenty of questions still need
to be answered.  Did Donald Wuerl cooperate with the Archdiocese of
Boston and permit known pedophiles to remain in the Pittsburgh Diocese?
If so, were other pedophiles admitted to Serra Catholic High School and
other Catholic institutions without us knowing it?  Was it the assignment
of Headmaster Sysol to keep an eye on Brother Kenneth Ghastin and
possibly other abusive clergy transferred from Boston?  Knowing what
we know now about the Archdiocese of Boston abuse scandal, anything
is possible.

Little wonder that Father Ron Lengwin allegedly badgered the police of
McKeesport to quash the case of the attempted murder of my son, with
little investigative effort on the part of McKeesport police ...  and with no
cooperation with Pennsylvania State Police.  No wonder Serra Catholic
High School administrators would not permit McKeesport police to in-
vestigate the crime scene, according to the police report, and so done
against Lengwin’s judgment.  Incidentally, McKeesport police were not
permitted on Serra Catholic High School property for over 24 hours af-
ter the shooting of my son and the suicide of his shooter.

It is becoming clear as to why the Pittsburgh Diocese went to such great
lengths to cover up the accusations leveled against not merely one alleged
predator, but at least two, namely John Wellinger and Kenneth Ghastin.
No wonder why current St. Vincent Archabbot Douglas Nowicki would
have motive to offer me what I construed was a de facto bribe, in his be-
ing willing to admitting my son Adam to St. Vincent College, while saying
it in such a way that I interpreted the offer as having strings attached to it.
No wonder why Cardinal Bernard Law would visit that same Latrobe in-
stitution before his final and most shameful departure for Rome.

A telephone call to Serra Catholic High School in McKeesport, PA re-
sulted in the principal refusing to give his last name and almost begging
for advice on how to handle this latest development.  I advised the man
to do the right thing.  He did not know how to respond or what I even
meant.  So much for the training and all the zero-tolerance policies.

I had hoped to speak with Barbara Thorp of the Archdiocese of Boston
as soon as was possible.  Likewise, New York Franciscan administrators
Father Patrick Boyle and Father Robert Campagna seemed prepared to
cooperate and provide the necessary information needed to finally get to
the truth.  But, that hope was sparked in 2009.  It's now the Year 2012,
and I have gotten no results.  Incidentally, Brother Ghastin asserted his
innocence, at last count.