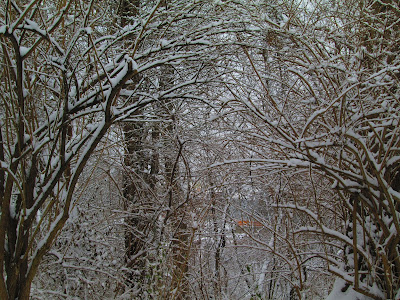 Another allegation surfaced in the winter of 2011/12, concerning the Dio-
cese of Pittsburgh, when under Wuerls' watch.  It involves an employee
of the Diocese of Pittsburgh accused of sexual misconduct.  This allega-
tion involved a Catholic school teacher of Vincentian High School and
the exact same McCandless Township Police Dept which was involved
in the second wave of the Torquato Retaliations.  Deja vu.

Concerning the second phase of Torquato's retaliations, the McCandless
Twp Police were either dupes of or willing accomplices to the Diocese
of Pittsburgh.  In that scenario, a North Park bicycler rent shop operator
with a super flaming homosexual voice ever so coincidentally accused
Torquato's evidence-based accuser of having stolen a bike.  The problem
is that the young adult male was documentedly at work at the time, be-
ing he was the caretaker of mentally disabled adults and he did have
non-traditional work hours.  He did not work Monday-to-Friday from
9-to-5.  Thus, he had an official alibi.

The McCandless police did not call the young adult man as they should
have done.  Rather, they called his mom who lived miles away from him.
Calling her resulted in her becoming emotionally charged with fear and/or
concern, thereby stealing from her her peace of mind, as they did during
the first wave of the Torquato retaliations.  Causing the accuser's mom to
undergo emotional distress was a typical yet dirty trick of Torquato.

Concerning the Vincentian Accusations of a Female

The alleged sexual abuse took place for a five month period, in 1994.
Then, after the graduation of the accuser, she gathered the courage to
report the teacher to the police.  Her reporting fell on deaf ears.  The
accuser recently told a news reporter that the McCandless Township
Police Department responded by calling her grandmother and saying,
“We really don't believe that it would be a good idea to proceed
forward with this.  You have to understand that this would have
devastating consequences for your granddaughter.”

Not withstanding the fact that this statement sounded like either a father-
ly warning or a surrogate threat, the inactivity of the McCandless Police
Department constituted a violation of the Child Protective Services Act
which required all "mandated reporters" to report all sexual abuse accu-
sations to Child Youth Services.  Regarding this law, if the police are
not mandated reporters, then no one is.  See:

The Credibility Factor of the Newly Emerged Accusations

The Vincentian High School allegations are entirely consistent with the
Pittsburgh diocese's track record, especially in that the McCandless
Twp police were mentioned.  I'm a witness to the McCandless Police
mode of operation, and they stonewalled me, when I asked them who
the individual was who accused Torquato's accuser of a State Park
rental theft that never occurred.  It never occurred, being that James
Torquato's accuser was at work at the time in question.

The same police stonewalled the both of us when we demanded to see
this driver's license that the police claimed was given to the rental shop
employee/owner.   Someone lied to the police, yet he was never prose-
cuted.  No one investigated the abuse of process, in accusing a priest's
accuser of a theft that was physiologically impossible to have occurred.

Plus, the police never produced  the driver's license.  If there were the
existence of such a license, it should have been given back to its proper
owner.

Being that the local Pittsburgh media cosmetized Wuerl's image into that
of a dragon-fighting Beowulf, anyone with wisdom could see that some-
thing was wrong with the picture being presented to the public during the
time it was being presented.  The presentation was during the very year
when the sex abuse crisis went from coast to coast in a number of con-
tinents.  Someone should have realized that Wuerl was hiding something
incriminating about himself, in the diversionary tactic.  The Beowulf tales
of Wuerl merely prevented his evils from going center stage.  SNAP
made note of Wuerl's deceptive image years after the fact.

The cover-up list attributed to the Diocese of Pittsburgh during Wuerl's
despotic tenure include the names Wolk, Zula, Pucci, Hoehl, Huff, and
Torquato, as well as an unnamed Vincentian teacher in allegations there-
of, allegedly Donald Sotak, and allegedly the John Wellinger whose name
did appear on a class action lawsuit, on account of a second accuser.

The Fr. Krawczyk who was arrested on account of the sudden death of a
Pitt football player in a Pittsburgh diocesan church was previously report-
ed to diocesan authorities for conduct unbecoming a priest.  This means
that Wuerl was not clueless about him.  Incidentally, Krawczyk pleaded
guilty to Involuntary Manslaughter and did not spend any time in prison.