Torquato's Postcard from Rome, to his Eventual Accuser

This was once the most viewed post at this site.  It was also the most viewed
at the now-retired Wuerl of Hurt site.  Below is the colored photo of evidence
in the Torquato Case.  It's pertinent in that Torquato went out of his way to
make sure that people didn't know that he personally knew the person who
eventually became his accuser ... his evidence-based accuser who had more
than enough evidence that Torquato very much knew him on a personal and
select basis

At this point in time, being that Wuerl is past canonical retirement age, it says
a lot that Wuerl has shown himself to have zero sense of remorse for orchestrat-
ing and ratifying the harm caused to others.  He is without any remorse. and
such is the sign of an utterly depraved psychopath.

For clarity, a depraved person is someone who can't control his senses.  As a re-
sult, the depraved person goes off the deep end, in terms of consummating lust
and/or anger and/or gluttony and/or avarice, etc.  Incidentally, the sins involving
recreational and sometimes deadly drugs such as heroine and cocaine is an ele-
ment of the Sin of Gluttony.

As far as goes a psychopath, the difference between that type of person and a
sociopath is that the sociopath displays damning contempt against society at
large.  A psychopath would include those who get any type of perverted sat-
isfaction in seeing others harmed in any of the many ways a person can be
harmed  . . .  be it economically, physically, socially, psychologically, etc.
Wuerl caused people stinging harm.

Former plaintiff and publicly known sex abuse casualty, Paul Dorsch, said that
the Wuerl he encountered was was utterly cold-hearted and non-responsive to
anyone else's emotions.  Others described Wuerl as fake.   This includes form-
er Air Force pilot and US House member, Bob Dornan, who publicly stated
that Wuerl had "that fake voice,"  . . . that "whispery voice."

Even though Wuerl has been repeatedly caught for the corruption which he
essentially is, he goes onward in life without a single expression of remorse.
No sense of need, in terms of having the moral obligation to make the dam-
age he caused others.  Anyway, the card below is valuable evidence, being
that Father James Torquato spent years acting as if he never knew the ob-
jec of Torquato's physically invasive sexual Harassment.

Below is a postcard from Torquato while he was in Rome, sent to the individual
who ended up reporting him for graphic physical sexual harassment,  done under
the guise of spiritual direction sessions.  The last name of the accuser and the
name of the street where he once lived were deleted from the Jpeg.

The narration of this topic is located at:

Here it is in color --- Take note that Torquato stated (in the card) "next time
come along." 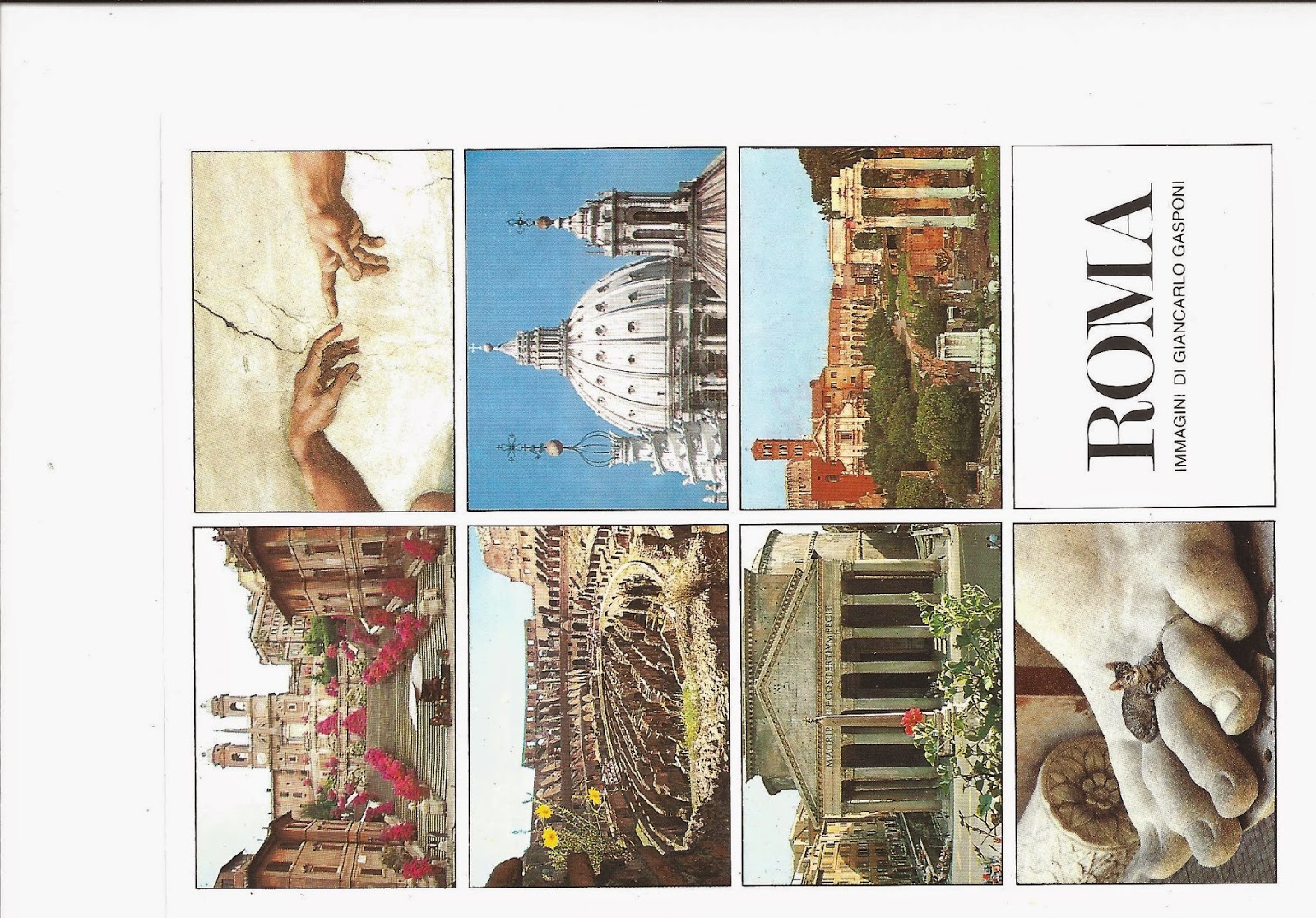 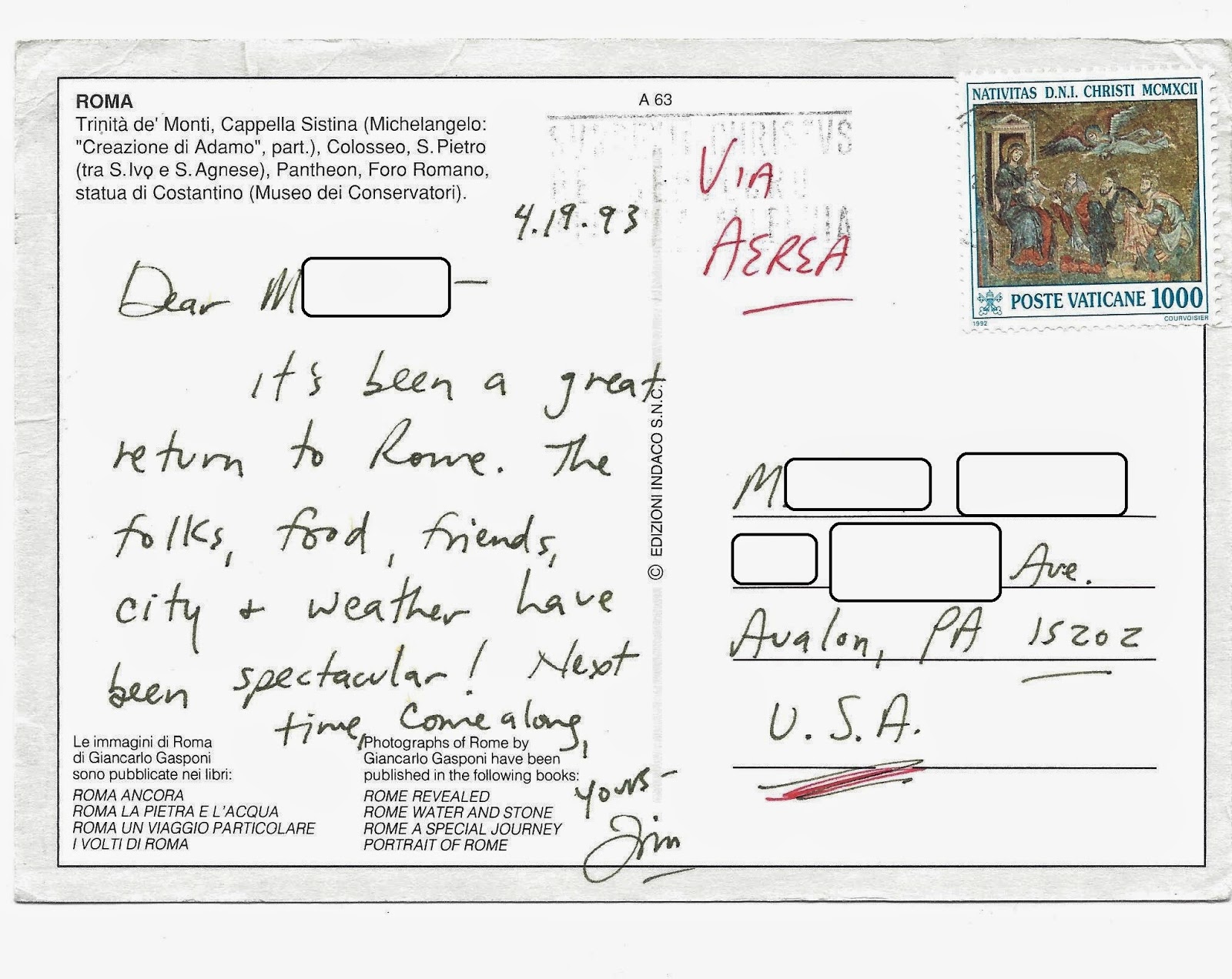