Let us review the first premise: Torquato acted as if he didn't know his accuser,
during the years Torquato used him as a play toy.  There was not merely one,
two, or three pieces of mail from Torquato to the individual through the years.
There were dozens.  Thus, Torquato failed in making it look like he didn't
know the guy.

On the torn envelope below, there is enough of the postmark remaining for
you to recognize that it was postmarked.  This would be the 4th postmarked
envelope posted at this Wuerlgate site ... at the time of this writing, of course.
Furthermore, Torquato retaliating as soon as he discovered that he was report-
ed is another indicator of his guilt, by which he made himself all the more guilty. 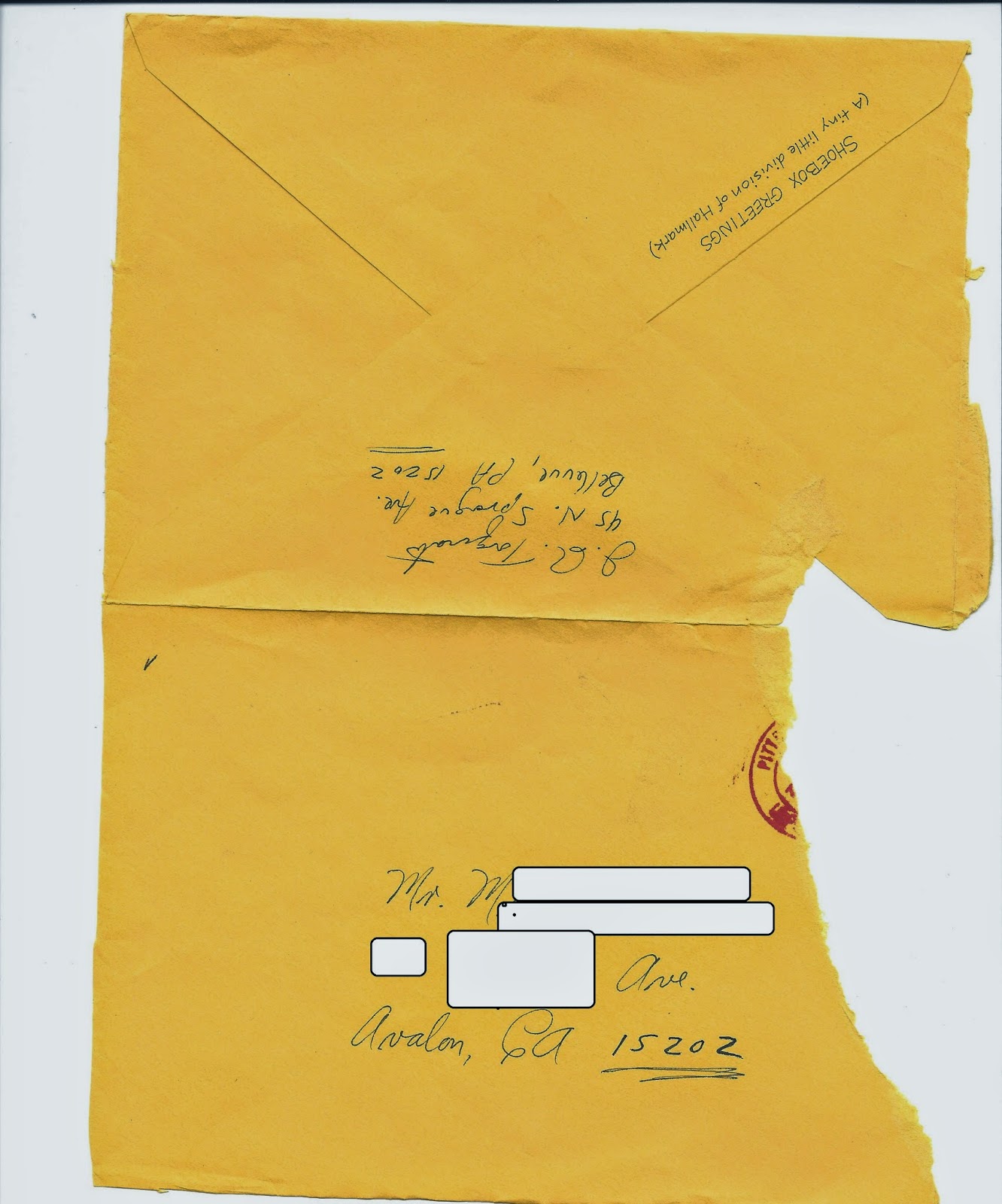