This is a letter sent to a diocesan official who is now a bishop in Alaska,
stating that a letter which was sent to Torquato's accuser ever so coinci-
dentally never ended up in the hands of the accuser.  Up to this time, on-
ly a couple harassment occurred which amounted to warnings.  After
this letter was sent to the diocese, the first waves of retaliations ensued.

The second wave occurred the following Summer, after an attempt was
made to file summary offense charges against Torquato and Wuerl at a
Pennsylvania magistrate's office, on account of the retaliations that Don-
ald Wuerl could have stopped but did not.

The last name of the accuser of Torquato and the name of the street where
he once lived were erased from the jpeg.   For the narration on this matter,
see: 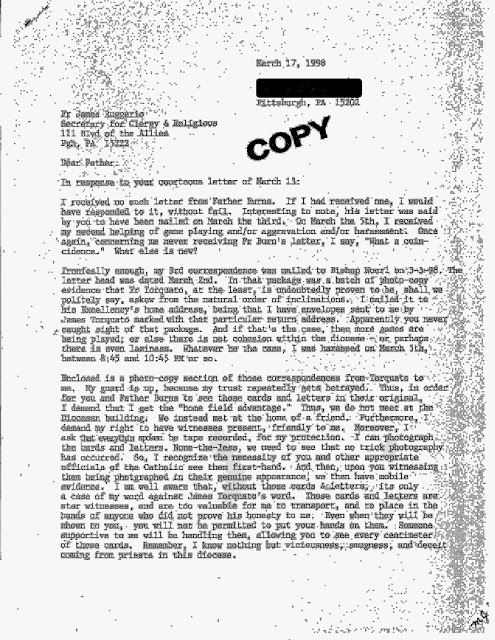 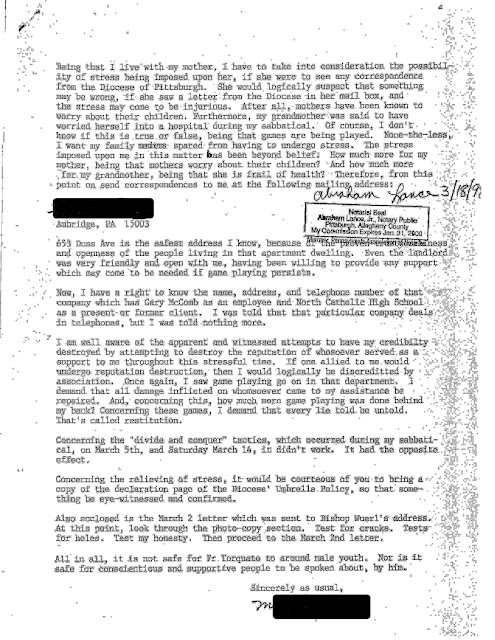