The reason why James Torquato retaliated, according to Pgh diocesan officials 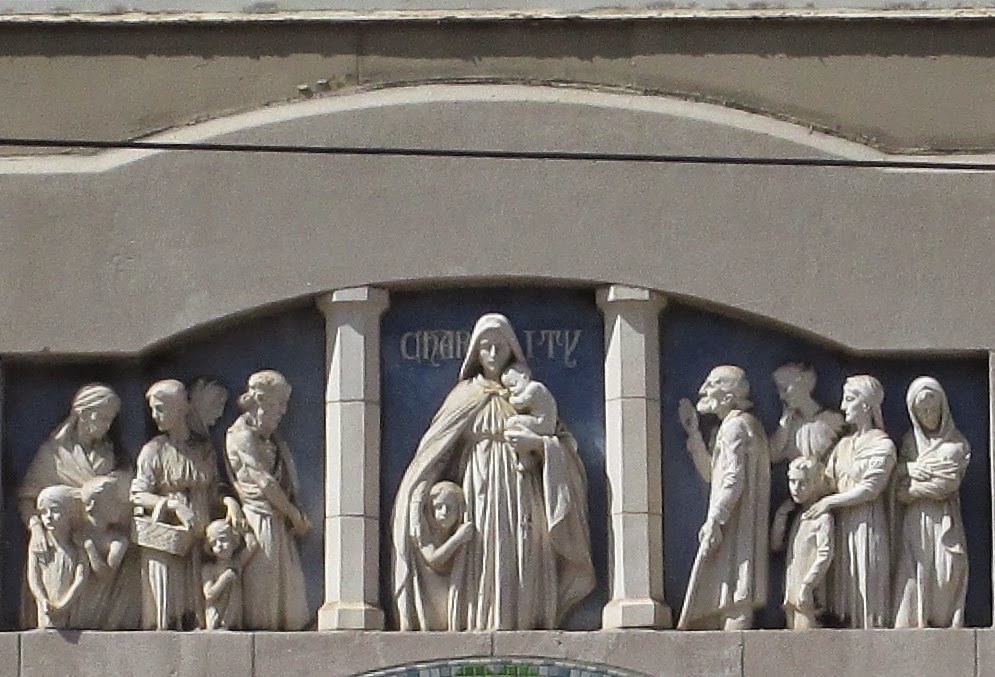 The reason:  Because he was hurt, emotionally, when he was reported to Donald
Wuerl for spending years not keeping his homosexual hands to himself.  Well, I
was there, throughout the Torquato Retaliations.  It seemed to me more like re-
venge ... and it seemed more like Torquato wanting to shut up his accuser, so as
to not get in trouble.

What Torquato did was vicious.  It had nothing to do with being emotionally hurt.
Wuerl letting Torquato proceed with the retaliations was even more vicious, be-
cause Wuerl could have had things halted.  Yet, Donald Wuerl looked the other
way.  Wuerl proved himself to be the opposite of a caring bishop.  Wuerl proved
himself to be beyond ruthless.  If you were there and elsewhere during Wuerl's
protected Reign of Terror, you would have long since realized that he must be
brought to justice.  Yet, the Vatican looks the other way.

In case you find this a little too boring to read, ask yourself one thing:

What if the retaliations happened to you?  I don't think that you'd like the
repeated retaliations that I witnessed very much, especially concerning the
cover-up after the fact.

The  less-than-naturally-inclined DonaldWuerl was being praised by an Ann
Rodgers, in the Pgh Post Gazette, articles during the year when US Supreme
Court papers had the name of the homosexual predator JamesTorquato and
Donald "Dignity Mass" Wuerl mentioned throughout them.  It was the year
when the less-than-articulate Ann Rodgers who was formally known as Ann
Rodgers-Melnick made tiny, narcisstic, and dishonest Donald Wuel look like
a god from Mt. Olympus.

The perpetually boring and non-descript Ann Rodgers made Donald Wuerl
look like a "discreet" hero in his own triple cover-up of the predatory perverts
Robert Wolk, Richard "Sade" Zula, and the late Francis "Statute-of-Limitations"
Pucci.

The same Donald Wuerl sounded like the instinctively strict disciplinarian over
a Father John Hoehl.  Well, Wuerl was the one who put Hoehl back into ministry,
despite the human lives whom John Hoehl .destroyed.  In other words, Dignity
Mass Don was praised by Ann Rodgers for his cover-ups which she made look
like disciplinary actions.

She is not even Catholic, yet she has a pivotal and influential position in
the ROMAN CATHOLIC Diocese of Pittsburgh, at the time of this wri-
ting, under Bishop David Zubik.  Well, I knew David Zubik, personally
He was even my confessor at one time.  Of course, there exists the seal
of the confessional where I can not comment on his insights.  I will say
that he was an excellent preacher, beyond 90% of the priests in existence.
If Zubik had someone more honest than Wuerl influencing him, Zubik
could have had a healing effect in his ministry.

As far as goes David Zubik as administrator and local ordinary, aka ruling
bishop, he would have been fine IF he weren't deceived into thinking that
he had to treat the narcissitic and injust Donald Wuerl as a saint.  Wuerl
ruined a potentially great man.

Now, Dave Zubik was an employee under the infamous John Hoehl.  Yet,
he never reported Hoehl.  The probability is that the bishop we once knew
as Father David was clueless, being that he wasn't involved in the sports
teams.  Zubik wasn't living Hoehl's lifestyle.  The bottom line in mention-
ing this is that Dave Zubik didn't have street-smart radar.  Thus, he could
have worked for Hoehl and then Wuerl without knowing of the two per-
son's personal lives.  Keep in mind that I heard the rumors about Hoehl,
too.  I simply didn't believe that any priest would engage in that type of
conduct.

Preliminary Note:  At the outset, Fr. Torquato looked for surrogates, to do
the intimidation tactics & contingent violence that he was incapable of doing
himself.  The intimidation and potential violence was something from which
he needed to distance himself.  Therefore, he needed a surrogate, so he thought,
Quite frankly, he needed none of the such.  Wuerl was going to let Torquato
slide and eventually move up the promotion staircase, being that Torquato's
accuser was slightly over the age of 18 at the time when Torquato began his
encroachments upon him.

In the world of Donald Wuerl, if you're even slightly over 18 years of age, you
are fair game, protected by nobody under Wuerl's command.  None the less, at
the outset, Torquato did what he could to separate me from his credible accuser.
This didn't happen.  Next came the retaliations.  At that point, Torquato's accus-
er needed my assistance even more so.  Thus, Torquato did the opposite of what
would achieve his goal of separating his credible accuser like a wilde beast at the
water.  Torquato didn't have the ingenuous mind to prevail against his accuser, in
any capacity.  It's simply that Wuerl was the only reason why Torquato got away
with what he did.  This made Wuerl an accomplice to Torquato's evils.

The reality, according to what was revealed by Pittsburgh diocesan personnel, is
that Torquato originally retaliated, because "he was hurt," allegedly saying that
he thought that he and his eventual accuser were friends.  Therefore, Torquato
caused us so much pain and financial loss out of vengeful spite ... out of an
unnatural sense of feeling jilted, as if he were some kind of jilted woman.
Furthermore, why was Wuerl will to ordain homosexuals such as Torquato,
anyway?

Torquato was an individual who proved himself to be so out of control with his
emotions that he became a literal danger to others, simply by abusing his power.
That power should have been taken away from him.  In spite of this fact, Wuerl
eventually made Torquato the pastor of a Pittsburgh diocesan parish.

One more thing:  When I meet Torquato I was dated a bank teller who used to
get me in the parking lot of her apartment complex by putting her hands on her
hips in backward fashion.  She would bend a knee and put her body in the sub-
mission position.  Then those puppy dog eyes would look at you.  Well, as I
was leaving the rectory, Torquato stood beside his soon-to-be accuser in the
exact same posture as my bank teller girlfriend.  I remained totally silent, but
in my mind I thought to myself, "Wooooooe!  That's just like Lisa."  It was
a bit disturbing to have seen that sight.

Plus, toward the end, Torquato looked at me with disgust, and I literally was
trying to figure out what I did wrong.  I didn't realize that he saw me as an
impediment from him having clear sailing with his soon-to-be accuser.

Torquato did what he could to isolate his credible accuser and then pounce.  He
did what he could to scare me into backing off and running into a corner, to shiv-
er in fear.  But, that didn't happen.  So, the second wave of Torquato's retaliations
ensued.  Yet, we still didn't back-off.  We filed a lawsuit in federal court, instead.