The Wicked Birthday Card from Torquato

Here is another piece of evidence, in the form of a card sent by Father
Torquato to his accuser during the years when he was committing re-
peated acts of physical sexual harassment upon his accuser, under the
guise of spiritual direction sessions.  It was not unheard of for certain
priests to claim that such physical contact was for the good of the lay-
man "being directed," even to the point of badgering the person in an
authoritarian tone of voice, as if the priest were speaking in the name
of the church's "new Vatican II directives."

The narration of this matter is located at: 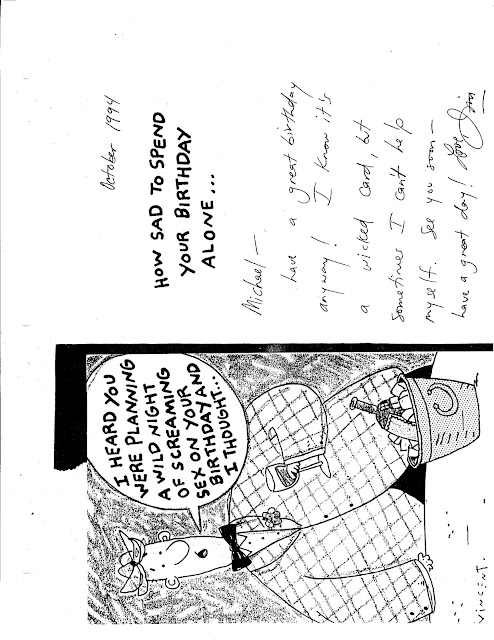